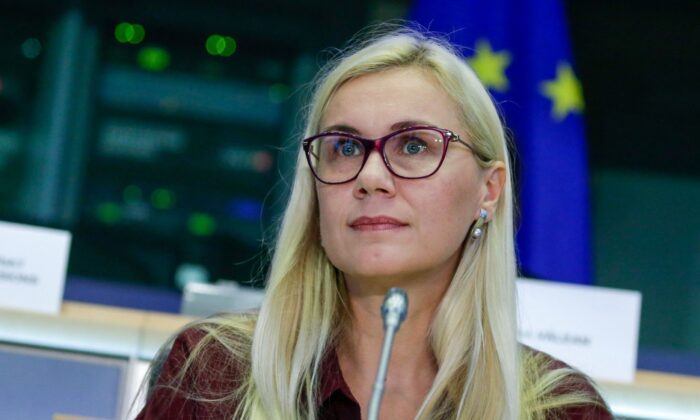 EU commissioner-designate in charge of Energy Estonia's Kadri Simson speaks during her confirmation hearing at the European Parliament in Brussels on Oct. 3, 2019. (Aris Oikonomou/AFP via Getty Images)
Business & Economy

Energy ministers from European Union countries will on Wednesday (September 22) discuss the soaring price of gas and electricity across Europe, as some governments draw up measures to protect their consumers.

Benchmark European power prices have rocketed this year, more than trebling in Spain and elsewhere, partly because gas prices have been driven up by factors such as low storage stocks, high EU carbon prices, and low renewable energy output.

Benchmark European gas prices have risen by more than 250 percent since January.

“We will discuss with energy ministers how we can tackle this challenge,” EU energy commissioner Kadri Simson said before the meeting.

Some governments, including in Italy and Greece, have said they are considering measures such as subsidies or price caps to shield citizens from rising costs as economies recover from the COVID-19 pandemic.

The EU ministers will on Wednesday also hold their first debate on proposals to toughen EU climate change policies, including proposals to expand the share of renewables in its energy mix to 40 percent by 2030.

“I am convinced that our response must be a more speedy transition to renewable energies,” Austrian climate and energy minister Leonore Gewessler said, adding this would make the EU “more resilient to price fluctuations in the long term.”