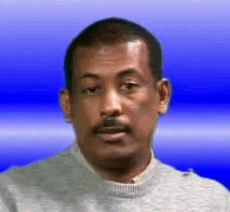 Last week, the Ethiopian High Court delivered harsh sentences to five dissident journalists, including an exiled editor living in the United States, on vague charges of terrorism. Critics call the charges trumped up and accuse Ethiopia of using so-called anti-terrorism laws as a tool of oppression.

“They don’t have any evidence about any act of terror. I believe in peaceful civil resistance to replace dictators like Meles Zenawi,” said Elias Kifle, the editor-in-chief of Ethiopian Review, who was given a life sentence in absentia.

The defendants were all found guilty on terror charges and received prison terms ranging from 14 years to life. The evidence was said to mainly consist of articles critical of the government, intercepted emails, and phone calls between reporters.

“This focus of the prosecution’s evidence illustrates that free expression has been criminalized in this trail, and that criticizing the government is a crime,” said Amnesty International Ethiopia Researcher Claire Beston, in a statement.

Many of these articles reported about the frequent appearance of the slogan “Beka!” meaning “Enough!” in and around the Ethiopian capital, Addis Abada. This slogan was to summon people to join a peaceful demonstration against the government at the beginning of 2011, when the Arab Spring was budding.

When Elias Kifle, currently living in Washington, D.C., got the news from one of his reporters in Addis Ababa that he was given a life sentence in absentia, he said he was expecting it, having already been handed down one life sentence back in 2005 for alleged treason.

“I didn’t have any reaction other then to tell myself to fight harder than ever to help remove the fascist tribal junta that is terrorizing the people in Ethiopia,” said Kifle.

About 20 years ago, when Kifle was 16, he came to the United States, where he studied political science. He decided to dedicate his life helping to transform the political culture in Ethiopia, which he says is “among the poorest countries in the world because its people are among the least free.”

As an editor of Ethiopia Review, one of Ethiopia’s most visited Ethiopian news and opinion websites, even after the site was banned by the current regime, Kifle’s influence in Ethiopia is extensive.

There is no extradition treaty between Washington and Addis Ababa, therefore giving Kifle a second life sentence is effectively meaningless.

“The purpose of sentencing me is to terrorize and scare away anyone in Ethiopia from collaborating with me in gathering information about the regime’s crimes. Meles Zenawi wants to eliminate any opposition to his rule,” said Kifle.

Kifle knows the other journalists and political activists that were sentenced last week, as they are all well known in Ethiopia and they sometimes share information. Living abroad, Kifle is the only one of his colleagues who can escape his sentence; the others are facing long jail terms in Ethiopia’s infamous prison system.

“All close members of my family are forced into exile. The regime confiscated my family property, arrested my father for three months, and finally I was forced to take them out of the country.”

Since March 2011, more than 100 journalist and opposition members were arrested and charged in Ethiopia under the so-called “Anti-terrorism Proclamation No. 652” implemented in 2009.

“This 2009 law uses the buzzword ‘terrorism’ to encourage the West to continue to see Ethiopia as a vital partner in the war on terror, drawing attention away from the law’s true purpose: suppressing any opposition to the regime of Prime Minister Meles Zanawi,” wrote former Jurist executive director, Abigail Salisbury, in a column for the Jurist.

The recent arrest and sentencing of two Swedish reporters to 11 years is another signal that the Ethiopian regime feels confident about its repression.

“The recent sentencing of the journalists to long prison term; the forcible eviction of 70 percent of the Gambella people so that the regime can lease their land to foreign investors; the ongoing war of genocide in the Ogaden region in eastern Ethiopia; the jamming of VOA, German Radio, [and] Ethiopian Satellite TV; the blocking of Ethiopian news websites, such as EthiopianReview.com; the recent mass arrest and savage beating of students in Nekempt and Hossana; the torture of political prisoners … I can go on and on.”

Kifle says that the aid given by the West and China is not helping, and on the contrary, is making matters worse.

“The regime’s machinery of repression is being fueled by the $3 billion it receives annually from the EU and United States,” says Kifle.

A few days ago, China’s so-called gift to Africa, the new $200 million headquarters for the African Union, opened in Addis Ababa.

As for Kifle, he is motivated to “work harder than ever to expose and challenge the regime.”