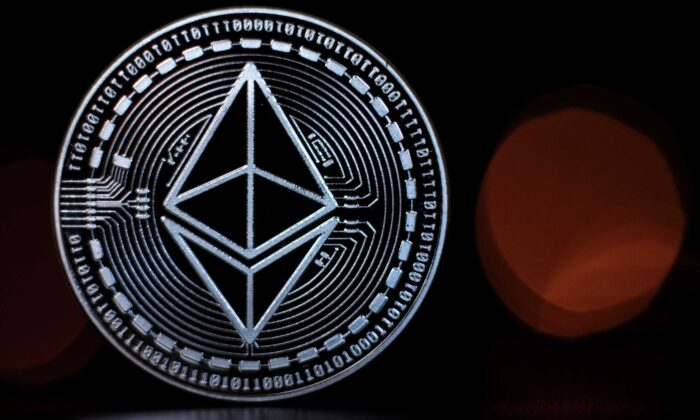 Ethereum rallied to a new all-time high of $4,400 late Thursday, according to data from CoinMarketCap.

At the time of writing, the second-largest cryptocurrency by market cap was trading at around $4,340, gaining 5 percent in the last 24 hours. The coin had a daily trading volume of $25 billion and accounted for nearly 20 percent of the crypto market.

Ethereum’s rally follows the completion of the Altair Beacon Chain update, which was successfully activated on the network following a majority of nodes upgrading.

According to data from the Beacon Chain, 99.28 percent of the 250,000 validators were active at press time.

The Altair upgrade is a significant event in Ethereum’s transition to a Proof-of-Stake (PoS) network, with the upgrade paving the way for the “merge” to take place.

“Right now, Ethereum has both a PoS and a (Proof-of-Work) PoW chain running in parallel with each other,” Ethereum developer Tim Beiko told CNBC.

“Both chains have validators, but only the PoW chain processes users’ transactions. But in 2022, the Ethereum blockchain will merge fully with the Beacon Chain, shifting it from a PoW model to a PoS model entirely.”

Earlier this year, Ethereum co-founder Vitalik Buterin stated that the network’s transition to PoS is part of a new era that would greatly reduce the cryptocurrency’s carbon footprint.

However, the successful transition to a PoS network comes at a significant cost to Ethereum miners, whose role would effectively be rendered obsolete.

Despite the looming deadline, mining companies such as Hut 8 Mining (HUTWF) and HIVE Blockchain Technologies Ltd (HVBT) have actually increased their Ethereum mining capacity, betting against Ethereum’s shift to Proof-of-Stake.