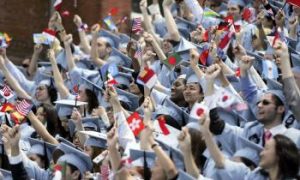 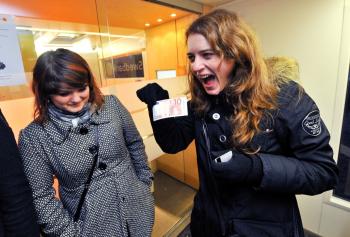 By Marco t'Hoen
Print
Five days into Estonia’s adoption of the euro, over half the population had made the conversion—and the first fake euro bills have shown up.

Twenty minutes after Estonia switched from the kroon to the euro at midnight on Jan.1, Prime Minister Andrus Ansip congratulated the country and symbolically withdrew 20 euro from an SEB ATM, the Baltic Times reported. According to the Central European Bank, the transition for the 17th entrant to the eurozone was a success.

In four cities of the former Soviet country, fake euro bills have already appeared, according to Deutsche Press Agentur. The police of the southern prefecture are looking for a man suspected of giving out counterfeit 50-euro bills on four occasions.

Police are warning people to take time to examine large denominations bills, especially when used to pay for small purchases, according to Estonian Postimees news. The police have issued a detailed description of a short, English- or Russian-speaking young man.

The relative unfamiliarity of Estonians with the euro makes them an attractive target for counterfeiters, police have cautioned.

One euro equals 15.6466 krooni. To help 1.3 million Estonians make the adjustment smoothly, prices in shops will be shown in both kroon and euro until June 30 this year.

In an online poll by news website Estonian DzD (“Day by Day”), out of 2,823 respondents, 18.7 percent replied that they have experienced problems because they aren’t yet used to the euro.

With regard to concerns about sudden prices increases, so far, the Consumer Protection Board, that is watching the transition, has investigated 128 reports and found 31 irregularities concerning the new prices. Some shopkeepers have instituted small price increases to round price tags out to the nearest euro.

Prime Minister Ansip was quick to condemn any unfair practices. “Any kind of inappropriate pricing in connection with the transition to the euro is malicious and unacceptable,” the PM said according to the Baltic Times.

Estonians have a standard two-week transition period in which both the euro and the kroon will be accepted. However, as the official currency, only euros will be given out by banks and as change in stores.