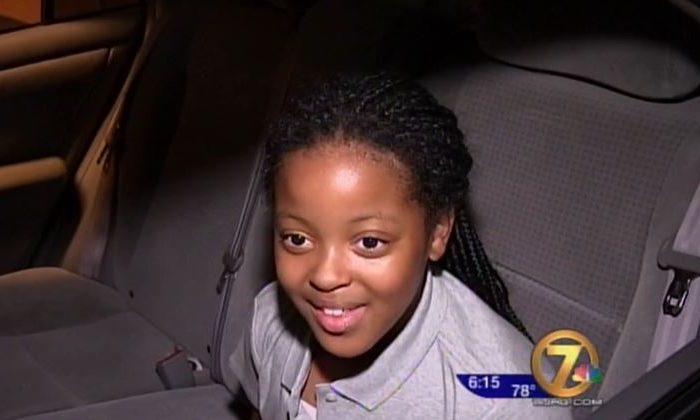 Esteria Smith, 9, Drives Her Dad to Hospital After Tumor Impairs His Brain

A tumor in John Smith’s brain began impairing his motor skills so much that his 9-year-old daughter Esteria Smith took over the wheel and drove him to the hospital.

She then took over the wheel.

“He was fighting with me and I couldn’t make the turns that I needed to do” she said. “He was pushing the accelerator and I was right here, [behind him in the backseat] reaching over him, driving with one hand. I hit a curve and we almost ran into the front of an ambulance!”

The two made it safely to Bay Medical in Panama City, Florida, where John Smith had a stage four, golf ball sized tumor in his left brain.

The Smith’s are planning a treatment plan for John Smith’s tumor.