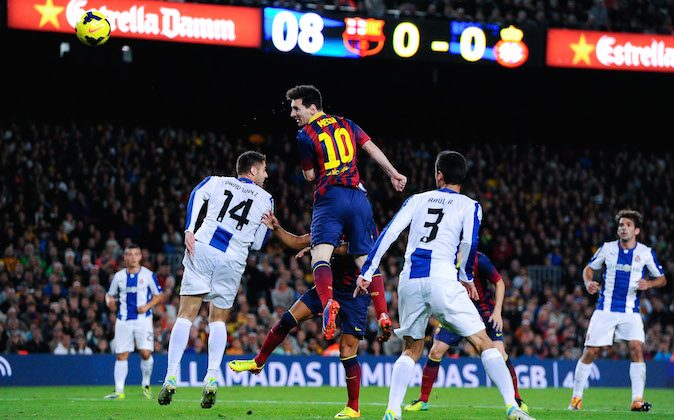 Lionel Messi of FC Barcelona heads the ball towards goal during the La Liga match between FC Barcelona and RCD Espanyol at Camp Nou on November 1, 2013 in Barcelona, Spain. (Photo by David Ramos/Getty Images)
Soccer

The game will be broadcast on GOL T and Canal+ Liga/HD.

Barcelona president Josep Bartomeu says the club will offer a new contract to injured goalkeeper Victor Valdes if he changes his mind and decides to stay at his boyhood club. Valdes has said he would leave when his contract expires this summer.

But that was before he tore a ligament in his right knee during Wednesday’s win over Celta Vigo. He is to undergo an operation on Monday that will likely sideline him for several months, ruling him out for the remainder of the season and the World Cup.

“(Valdes) is going through a tough moment and the club will do all it can for him,” Bartomeu said. “We have no indication that he has signed a contract with another team. We would be thrilled for him to stay.”