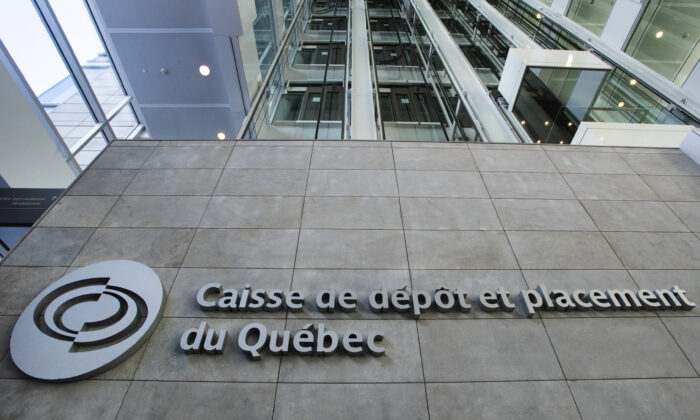 The growing prominence of environmental, social, and governance (ESG) factors in investing is unmistakable, but major downsides to the trend are emerging.

ESG’s social and corporate governance components are ostensibly to compel investors to assess if a company is, for example, complicit in human rights violations or putting employee health and safety at risk. But the environmental component, which appears to be overwhelming the other two considerations, itself turns a blind eye to communist China’s record and the undeniable need for fossil fuel energy currently.

A Sept. 22 report by Hong Kong Watch (HKW) highlights the paradox that investment in China soared even as ESG factors rapidly grew in adoption.

The report, titled “ESG, China and Human Rights—Why the time has come for investors to act,” says that “most of the attention of ESG investors has been placed on environmental costs, with little attention given to human rights.”

“There is considerable investment by pension funds and other institutional investors into Chinese firms which have troubling human rights records,” stated the news release announcing the report.

Canada’s biggest pension funds are among those that are very bullish on China. But they also want to be seen as doing their part for the environment, and they are all-in on ESG.

This worries Alex Epstein, founder of the Center for Industrial Progress and author of the New York Times bestseller “The Moral Case for Fossil Fuels.”

ESG “should be publicly shamed as a virtue-signalling, financially idiotic, and most importantly immoral movement,” Epstein tweeted on June 10 as part of a Twitter thread.

He added that “ESG is starving cost-effective energy of capital” and “should be boycotted wherever possible.”

Caisse de dépôt et placement du Québec (CDPQ), Canada’s second-largest pension plan, with over $390 billion under management, on Sept. 28 announced that, as part of its new climate strategy, it aimed to completely exit from investments in oil production by the end of 2022.

“It [CDPQ] will dispose of its remaining assets in the sector, which make up 1 percent of its portfolio, and therefore avoid contributing to the growth of the world’s oil supply,” said its press release.

If anything, however, the world is currently clamouring for greater oil supply.

The United States and India have pressured OPEC and non-OPEC partners for more supply to dampen rising oil prices. Despite this, the cartel said on Oct. 4 that it would stick to its existing agreement of implementing a gradual oil supply increase.

The price of the U.S. oil benchmark West Texas Intermediate has gradually risen all year from just below US$50 a barrel to nearly US$80.

“The ESG movement is also an enormous threat to the security of the free world, because by depriving free countries and poor countries of low-cost, reliable energy, it furthers Communist China’s ambitions to become the world’s superpower using low-cost, reliable fossil fuels,” Epstein added.

As CDPQ ramps up its green spending and dials back support for fossil fuels, HKW singled it out for holding investments in 18 companies sanctioned by the United States, including Chinese state-owned oil giant China National Offshore Oil Corporation (CNOOC).

The U.S. Department of Commerce maintains on its entity list a blacklist of companies that it regards as threats to national security or foreign policy interests. Many of those companies are Chinese and some form part of the holdings of Canada’s big pension funds.

In addition to CNOOC, on Dec. 31, 2020, CDPQ held a sizable position in Tencent, which owns WeChat, the most popular social app in China. Beijing has been found to monitor content shared on the platform to train censorship algorithms, as reported by the Citizen Lab at the University of Toronto.

Other companies held by CDPQ that are generally known to assist in surveillance techniques include iFlytek and Zhejiang Dahua.

Furthermore, one of the four categories of problematic Chinese firms identified by HKW is the fossil fuel giants.

HKW noted that the Chinese state-owned Sinopec, the world’s largest oil and gas refining company, receives considerable pension fund investment. On Dec. 31, 2020, CDPQ held a position in Sinopec, though a relatively small one. HKW adds that the company has close ties to the Chinese military and is heavily subsidized by Beijing.

And Sinopec has found abundant natural gas and crude oil in the Uyghur region in Xinjiang.

“Investors must monitor whether Uyghur forced labour is used in the mining of these resources,” stated the report.

CDPQ did not respond to a request from The Epoch Times regarding the status of its holdings in the aforementioned Chinese companies.

Missing Out on Gains

RBC U.S. equity strategist Sara Mahaffy reported on Sept. 28 that launches of sustainable funds are on pace to surpass 2020 levels, which was a breakout year for fund launches.

And while the large pension funds are overwhelmingly endorsing ESG, Mahaffy, who monitors ESG investing globally, reported on Sept. 30 that assets under management in dedicated small and mid-cap sustainable funds nearly doubled in 2020 and totalled US$87 billion globally in August.

Large investment funds are pushing for change in the firms they invest in. The IMF reported that investment funds have stepped up proxy voting behaviour with firms on climate-related matters.

“Activist investors stunned the investment and energy industries by winning seats on Exxon Mobil’s board as part of their bid to change its climate strategy,” the IMF said.

But with the evident need for energy from fossil fuels, equity analysts are seeing better opportunities for higher returns in oil and gas stocks as opposed to green energy stocks.

Investor and editor of Smart Money Monday Thompson Clark notes that TAN, an exchange-traded fund that tracks solar and other green energy stocks, is down over 20 percent this year, while XLE, which holds traditional energy companies like Exxon Mobil and Chevron, is up over 40 percent.