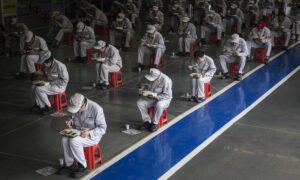 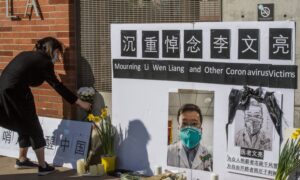 Why the Chinese Communist Party Lied About the Outbreak
0
Crossroads

The Chinese regime reopened Wuhan, the epicenter of the new coronavirus, on April 8, and many locals took the opportunity to flee the city, out of fears that a second lockdown would be put in place. Long lines of vehicles were seen at city exits, and officials allowed close to 55,000 people to leave. Many traveled to Shanghai and Guangdong, where locals said in interviews that they too fear a new wave of virus infections.

Meanwhile, many parts of China remained closed. In what may point to a humanitarian crisis, hospitals were emptied to follow the narrative of the regime’s victory over the virus, and reports say even critically ill patients were sent home; religious sites in Beijing remain closed; the China-Russia border was closed and over 300 Chinese living in Russia were allegedly repatriated and deported.

In other news, the Chinese Communist Party (CCP) is continuing hostile activities to leverage the virus outbreak to its advantage. It sent out an open letter to 230 global far-left political parties calling for “coordinated policies” and “mobilization of resources and forces globally.” And the Justice Department is continuing an aggressive push to root out CCP efforts of intellectual property theft in the United States.