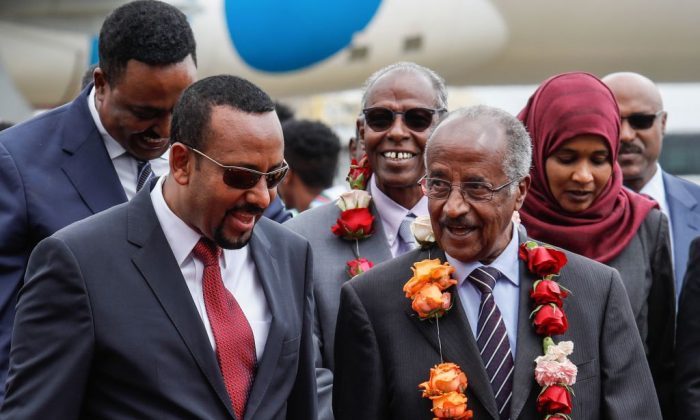 NAIROBI—Eritrea has appointed its first ambassador to neighboring Ethiopia in two decades, the government said on Saturday, as the former foes pushed on with a rapprochement.

Since signing an agreement in Asmara on July 9 to restore ties, Eritrean and Ethiopian leaders have moved swiftly to sweep away two decades of hostility since conflict erupted between the two neighbours in the Horn of Africa in 1998.

The rapprochement was triggered by the taking office in April of Ethiopian Prime Minister Abiy Ahmed, who announced he wanted to implement a peace deal that ended the war.

Both leaders have visited each other and Isaias this week reopened his country’s embassy in Addis Ababa.

Ethiopia’s national carrier Ethiopia Airlines on Wednesday made its first flight to Asmara in two decades and was greeted by dancers waving flags and flowers as families separated by the war and the ensuing hostilities made an emotional reunion.