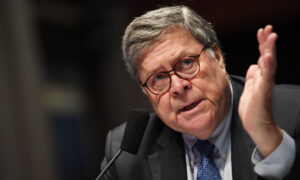 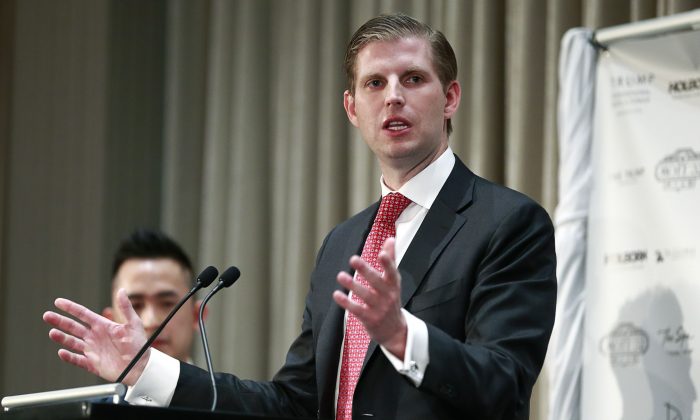 Eric Trump, President Donald Trump’s son, on Sept. 17 agreed to undergo questioning in connection with a financial investigation by a New York State’s attorney general into the president and the Trump Organization, but said he will comply after November’s election.

Letitia James, the state’s attorney general, announced the probe on Aug. 24 into whether the president and the Trump Organization had “improperly” manipulated the value of his assets on annual financial statements in order to secure loans and obtain tax benefits.

Attorneys for Eric Trump, the Trump Organization’s executive vice president, proposed four dates that he could be questioned in the inquiry, beginning on Nov. 19—some two weeks after the presidential election.

They said his questioning would take place after the election due to his “extreme” travel commitments and to avoid “any appearance of politicizing the investigatory process.”

“Eric Trump has been, and continues to be, willing to appear pursuant to a subpoena,” the lawyers said.

“While we cannot comment on the particular steps we’re taking on specific litigation, we won’t allow any entity or individual to dictate how our investigation will proceed or allow anyone to evade a lawful subpoena,” a spokesman for James said in a statement.

James last month said she had been probing the allegations since 2019 after Trump’s former lawyer Michael Cohen testified before Congress. The investigation has remained confidential for months.

She said that the Trump Organization and other respondents have already acknowledged the investigation and has already produced “significant amounts of responsive information,” however, the parties have come to a disagreement on a narrow set of issues that have reached an impasse.

James is also seeking other respondents to comply with several subpoenas, which she said would provide her office with thousands of documents and testimony from witnesses about properties and transactions of the company.

The state attorney general last month provided some details about the investigation saying that one particular focus, for example, is whether the Trump Organization and its agents had manipulated the value of the Seven Springs Estate.

“Valuations of Seven Springs were used to claim an apparent $21.1 million tax deduction for donating a conservation easement on the property in tax year 2015, and in submissions to financial institutions as a component of Mr. Trump’s net worth,” the memo stated.

James added that the investigation has not concluded and that the attorney general has not reached a determination on whether the Trump Organization had violated any laws.

A hearing in the case has been scheduled in a New York state court in Manhattan on Sept. 23.