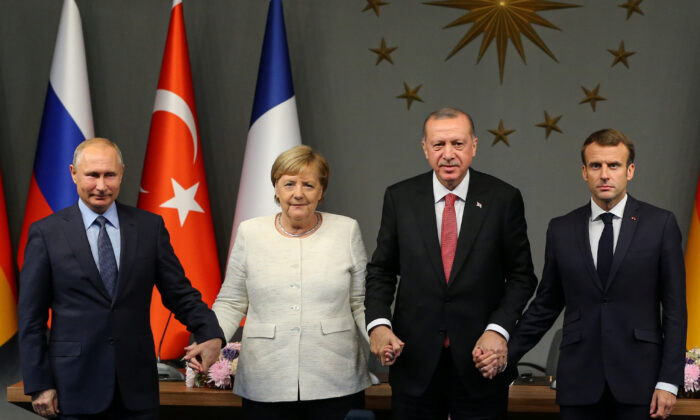 Turkish President Tayyip Erdogan said on Saturday he will meet Russian, German and French counterparts on March 5 to discuss the situation in Syria’s Idlib region, where a recent push by government forces has displaced nearly a million people.

“I expressed our determination on (Idlib) clearly to (Vladimir) Putin yesterday. I also mentioned it to (Angela) Merkel and (Emmanuel) Macron,” Erdogan said. “On March 5, we will meet with Putin, Macron and Merkel, and we will talk about these again.”

After a series of calls on Friday, the German and French leaders expressed concern about the humanitarian situation in Idlib and urged an end to the conflict, while the Kremlin said it is discussing the possibility of holding a four-way summit.