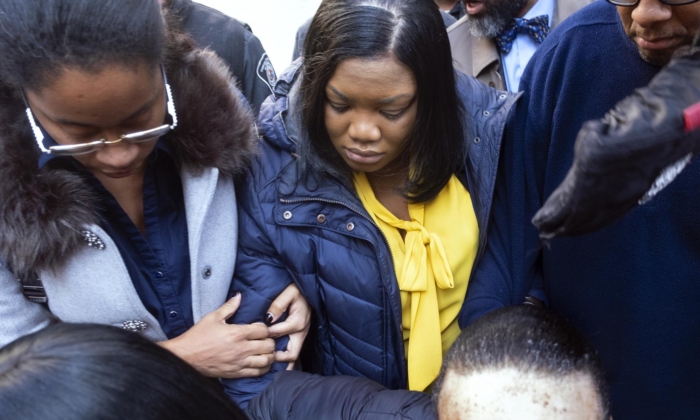 The two guards of the cell in which convicted sex-offender billionaire Jeffrey Epstein committed suicide will have to perform 100 hours of community service as part of a deferred prosecution deal with the Department of Justice (DOJ).

According to a deferred prosecution agreement signed by one of the defendants, Michael Thomas, the DOJ will defer the prosecution for six months, contingent on the defendant meeting a number of conditions, which include not engaging in criminal activity, associating only with law-abiding people, and completing 100 hours of community service.

“After a thorough investigation, and based on the facts of this case and your personal circumstances, the U.S. Attorney’s Office for the Southern District of New York has determined that the interests of justice will best be served by deferring prosecution in this District,” the agreement states.

The judge in the case still needs to approve the deal between the DOJ and the guards.

Thomas and Tova Noel, the second guard, were accused of falsifying documents to conceal their failure to conduct scheduled rounds in the jail where Epstein was held.

Epstein was placed on suicide watch days prior to the night of his death.

The billionaire pleaded guilty more than a decade ago to two felony prostitution charges in a sweetheart deal which a federal judge later determined violated victims’ rights. He was arrested again in 2019 by the FBI’s Crimes Against Children Task Force on sex trafficking charges.

Three weeks prior to his death, Epstein was found unconscious in his cell with injuries to his neck. He was placed on suicide watch for six days prior to being moved to a special housing unit where the cell would be checked every 30 minutes. The guard failed to follow those procedures on the night of Epstein’s death.

Epstein’s girlfriend and longtime associate, Ghislaine Maxwell, was subsequently arrested on charges that she procured minor girls for sexual abuse by Epstein. The judge in that case earlier this month postponed the trial until the fall due to new charges having been added to the cases and court protocols related to the COVID-19 pandemic.

Maxwell, 59, has pleaded not guilty to sex trafficking and other charges over her alleged role in procuring four teenage girls for Epstein to abuse between 1994 and 2004.

She had sought to delay the trial until at least Nov. 8, and perhaps to next January, because adding the sex trafficking charges to her indictment on March 29 more than doubled the size of the government’s case.

Prosecutors opposed an adjournment but said they could accept a March 2022 start date to avoid scheduling conflicts.