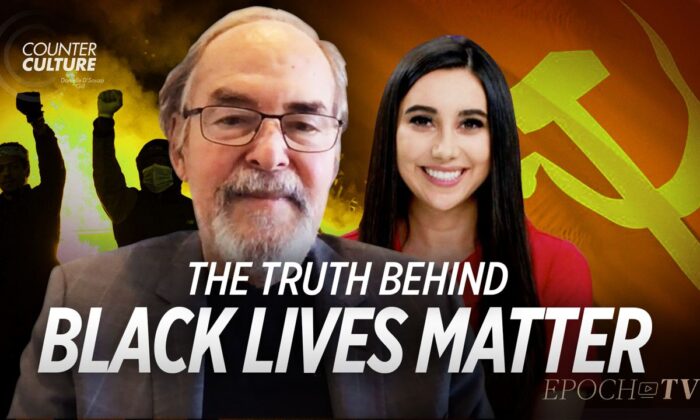 In this exposé, the EpochTV series “Counterculture” delves into the true nature of the Black Lives Matter organization in “The Truth Behind Black Lives Matter.” Host, Danielle D’Souza Gill interviews author and civil rights activist David Horowitz about his research and findings on the BLM movement. The video begins with statistics found in a study by Princeton University and the Armed Conflict Location and Event Data Project based in Wisconsin. ACLED is a non-profit organization that tracks conflicts worldwide. They collect and analyze data including dates, people involved, location and fatalities on all types of political protests and violence. They use this data to create conflict scenarios and make their findings available to the public. While Black Lives Matter claimed that all their protests were “peaceful,” here is the ACLED data of the first 103 days of the 2020 summer protests that show otherwise:

There were no admissions or apologies made by Black Lives Matter, only increased and escalating violence and destruction. A video clip is shown of buildings being fire-bombed and protestors carrying signs and chanting, “No justice, no peace!” This in and of itself shows the true nature of BLM. The host shows another portion of the clip where the mayor of Kansas City is encouraging the protestors and chanting along with them. More video segments of the chaos surrounding the BLM protests are shown. Angry mobs of people are vandalizing police vehicles and throwing fireworks over the protective fences that they were unable to pull down. Others are committing physical violence and even using police vehicles to run others over. The scene actually resembles a war zone. Many are still physically suffering from violent acts committed against them, and many business owners suffered financial losses or their businesses altogether when they were vandalized. While this is bad enough, still others lost their lives due to the violence during the protests.

The host goes on to reveal some of the other goals of the organization. One of the most disturbing is the objective of dismantling the nuclear family. This was once posted on the BLM website but was taken down later. The National Council on Family Relations defines a nuclear family as a two parent household with a mother, father, and children. NCFB and BLM claim that this is an extension of white privilege and white supremacy that needs to be dismantled. The Federalist reports, “NCFB has joined with Black Lives Matter in this outright attack on the foundational values and norms of American culture.”

Gill is then joined by Horowitz, who has authored several books including: “I Can’t Breathe,” “The Politics of Bad Faith,” and “The Art of Political War.” The host asks Horowitz about the victims that his latest book is dedicated to. He says the book is dedicated to all the victims of the Black Lives Matter movement as a result of their initiatives such as Defund the Police. Many have been victimized and even killed as a result of BLM actions. The author gives information about his background. Once on the far left, he moved to the right during the Reagan election and wrote a book entitled “Lefties for Reagan.” He reveals that he was raised by communists and states that the far left has taken over the country by infiltrating our schools. “The left is driven by hate. This is almost self-evident. It is a hate movement,” he said. This would explain why so many students in the public education system are not tolerant of others. He said that after seeing what happened in Vietnam and other places, he realized the left was evil and anti-American and that the movement has only continued to grow over the last 50 years due to the complacency of conservatives.

The host then asks Horowitz to compare the riots of Ferguson and those after the death of George Floyd. He explains that when the Michael Brown incident happened in Ferguson, the BLM movement was just in its beginning stages, and the incident was witnessed by people under threat of telling the truth by the left. The Obama administration did its own investigation with the same result as the initial investigation, which proved that Brown was a criminal type who charged the police, forcing them to shoot him in self defense. This was not the same story that was perpetuated by Black Lives Matter who used it as a way to further the movement and raise money. He has studied other incidents as well such as George Floyd and Breonna Taylor. The findings of these cases were that these individuals were engaging in criminal behavior and in some cases were even using weapons against police. The BLM movement spins the facts of these cases to make them martyrs and to further their cause. The host also asks the author about the Hollywood elite and big business supporting such groups as BLM. Horowitz says corporate America is not known for its courage in anything and in this case they are cowards and they just go along with it all. “The people in power are Fascists and they want to shut down all opposition. They label anyone who disagrees with them as a racist, supremacist, or terrorist, and if everyone is viewed like this, then democracy will end.

The video concludes with a question from a viewer in Dallas, Texas, who asks Gill about living in big cities as a conservative, wanting to know if it would be better to move to a smaller area where there are more conservatives or if she should stay in the city to represent the conservative view. The host replies that she understands why families would want to move to smaller and more conservative areas where their values are taught to their children and the environment is typically safer. She also suggests to the viewer that if she wants to be an influencer of conservative values in her city or cannot move, then to not give up but to be a person who can really make a change in the area she is in. She states we need people who are conservative to preserve those values and influence others to adopt and embrace them.