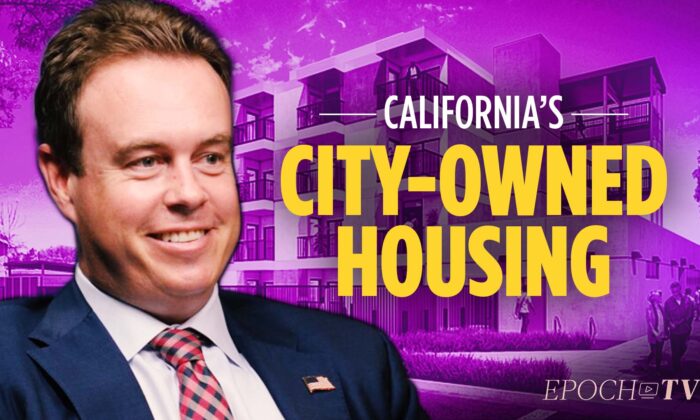 Many cities in California are already offering or considering offering workforce housing. In these programs, the city purchases rental properties and offers them to middle-class families at discounted rates. The problem with these programs is that they have a detrimental effect on the real estate market, and in this episode we learn why.

The video opens with Khorrami asking McKeon to explain workforce housing and how it operates. He replies by discussing how the city of Huntington Beach has adopted workforce housing and that it creates a rent control structure and that governmental involvement in a free market system can have unintended effects. He uses the example of Huntington Beach. A real estate development company requested and received government bonds and purchased apartment complexes for the purpose of workforce housing. He stated normally when a government bond is involved, the citizens have to vote on it.

However, in this case, they did not vote but the city used something called Joint Power Authority to purchase these properties. A real estate development company named Catalyst in conjunction with the California Housing Authority purchased the property from the Joint Power Authority and part of that deal was that no property tax would be charged which basically created government-subsidized housing.

The problem with this scenario is that property tax is the main revenue source for the city, so the taxpayers end up paying for something that they did not get the chance to vote on. Khorrami then asks McKeon how the discount program would work. He explains that it is based on what is called area median income. Based on the taxpayer’s income level, they would fall in one of three categories: above median income, at median income, below-median income, or affordable housing level. Depending on this is the amount of discount that the taxpayer would receive in the workforce housing program.

The companies support these programs because housing costs are high in California, and they want workers to be able to live in the city where they work. McKeon suggests that companies should increase their wage so that employees can afford housing instead of relying on workforce housing. Another concern is the residents that already live in these properties that are purchased for workforce housing will be displaced especially if they do not qualify for the program. These are the ripple effects that these programs create.

Khorrami then asks who really benefits financially from this and McKeon explains that the property management companies are the ones who really benefit rather than the city or taxpayers. The property management companies receive fees and bonuses when they use bonds to purchase properties. He tells about one high-density property called Elan in Huntington Beach. It is a high-rise building with retail shops on the bottom and residential apartments on top. This property has not thrived because not only does it block views of surrounding areas, but parking is a problem, and many of the retail spaces are empty because store owners cannot afford to pay the rental prices and the customer bases are low. The owner ended up selling the property to the Joint Power Authority for a profit.

McKeon makes an excellent point that the city is basically gambling with taxpayer dollars because it cannot be known if the properties will appreciate over the years. Due to age and deferred maintenance, it could be a situation where money is lost in the end and the taxpayers end up being the ones to lose in this scenario. One unintended consequence of these programs is that it does not help the real estate market overall and improve prices overall, rather it only helps the residents in these properties by a few hundred dollars, but it increases rental prices in the real estate market, so in the end, more harm is done than good. It also almost doubles property tax across the board. The city has their meetings to vote on this, but the public does not attend or vote, and McKeon advised that by the time they can bring it up to the finance commission to dispute it, the deal has already gone through.

Khorrami brings up a good point when he asks why the city doesn’t directly give the tax break to the current property owners instead of the government getting involved and losing property tax for 30 years. The city is in charge of public safety and being a good steward of taxpayer money. When they use it to gamble on high-risk real estate ventures that do not really help taxpayers overall, they are failing in good stewardship.

Khorrami inquires if there is a way to involve residents in this process and McKeon answers to the affirmative, saying this could be put on a ballot for taxpayers to vote on which is the way it is supposed to be. By going through the Joint Power Authority, it allows the city to circumvent the taxpayers altogether. The advice he has for city council members is to do their due diligence on these deals and do their research as well as involve the residents in the process. “These elected officials are supposed to represent us. They are supposed to work for us. We elect them. They just don’t involve the community as much as they should in my opinion,” McKeon says.

The video concludes with the host asking McKeon what advice he has for the viewer. He responds by encouraging people to get involved with local politics. Know what is going on in the city where you live and know your city council members. Attend the meetings and vote on the proposals. This is a way to make a positive impact on the area in which you live and all those who reside there.