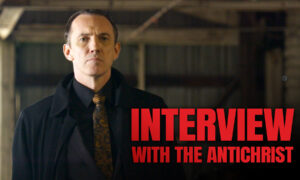 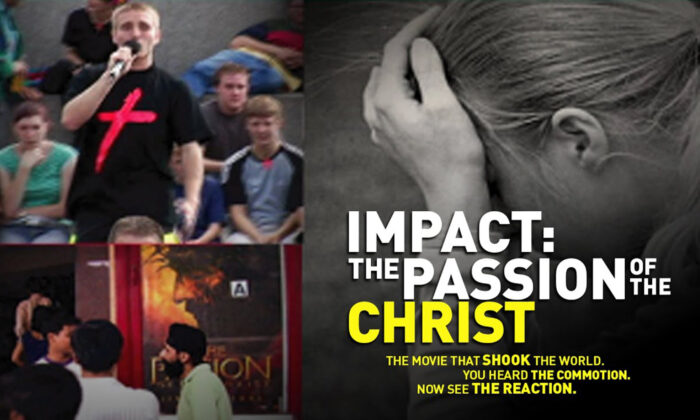 EpochTV Film Review: ‘Impact: The Passion of the Christ’

To be honest, I didn’t quite know what to expect from faith-based director Tim Chey’s 2004 film, “Impact: The Passion of the Christ.” Although I’ve seen the film and thought it was a brutally remarkable portrayal of Jesus Christ’s last hours, I’ve never watched a documentary about how another film affected people, let alone why. I’m glad I did see it, because if anything, I probably had too much to write about—so thought-provoking was Chey’s documentary.

The film’s first act begins at a theater in Dallas, Texas, where Arch Bonnema, a Christian entrepreneur and philanthropist (who also founded My House Ministries), is being interviewed by the filmmakers. He talks about how after watching 2004’s “The Passion of the Christ,” he came out of the theater a changed man.

Bonnema specifically talks about how, as a lifelong Christian, he’s repeatedly been told that Jesus died for his sins. However, until seeing such an affecting portrayal of Jesus being brutalized and eventually killed, he never really appreciated how powerful of an act that was—giving His life up for the salvation of others. As a result, Bonnema was so excited about others seeing the film that he made news headlines by purchasing 6,000 tickets to the film and giving them away.

We also see how Gibson’s film, which is based on the Gospels, affected people in other countries. For example, we watch as a man named Hiroyuki frequently evangelizes at Shimbashi Station, a super-busy railway interchange in Tokyo, Japan. As he is interviewed, Hiroyuki glances up at the sky and begins with “To me, Jesus is everything…” and goes on to describe how he was once suicidal (cue the sad music) but then Jesus Christ saved him. He later goes on to say that “The Passion of the Christ” is a film that is crucial to changing people’s lives for the better.

Chey brilliantly ratchets up the tension as things lead up to the release of Gibson’s film in different parts of the world—from Los Angeles and New York to India and Japan. While some folks are initially skeptical as to the amount of crowds the film can draw, they are eventually blown away by the immense throngs of film-goers who do. We’re talking lines that stretch around city block corners.

In true documentary format, there are many more interviews in the film— Dr. Richard Park of Campus Crusade for Christ Korea; William Donohue of the Catholic League; NBA standout David Robinson, and Susan Perlman of Jews for Jesus who talks about what a waste of time it is for Jews to get upset about their supposedly awful depiction in the film. Daniel Lapin, an influential Orthodox rabbi, takes it a step further. In his opinion, many Jewish people frequently utilize double standards when it comes to judging others.

But one of the more sensational interviews in the film has to be the one with convicted killer Dan Leach. Leach, 21 at the time, had a relationship with 19-year-old Ashley Wilson. When things soured between them, Wilson told Leach that she was pregnant and he murdered her—but made it look like a suicide—a crime he copied from a popular TV crime show. After watching “The Passion” with some friends, Leach describes how he felt God working on him which culminated with him confessing to the crime shortly after it occurred. Ironically, she wasn’t even pregnant. Leach discusses guilt and seeking redemption through Jesus Christ.

Ultimately, “Impact: The Passion of the Christ” shows how profound of an effect Gibson’s film had on the world. While some of the more divisive types out there chose to do what they normally do best—be divisive—the film had an overall positive impact on millions and millions of people. I recommend this fine documentary for everyone—both Christians and non-Christians alike.

“Impact: The Passion of the Christ” is available to watch for free on Epoch TV—visit the link here.

“Impact: The Passion of the Christ”