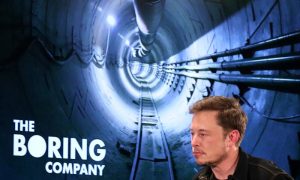 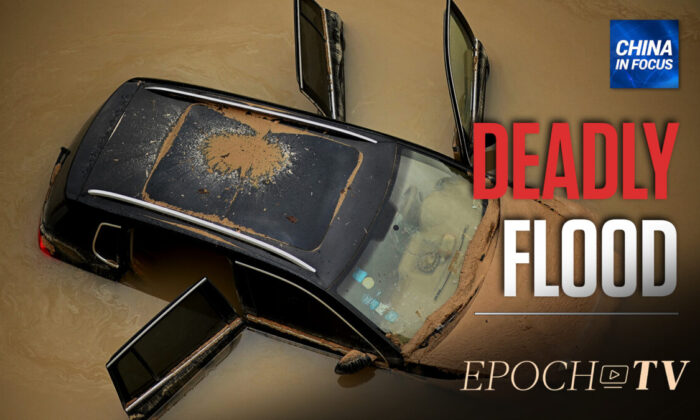 In the series China in Focus, the episode titled “How Many Died Inside the Tunnel” explores the disaster of the flooding of a traffic tunnel inside China’s city of Zhengzhou on July 20. China has been beset by problems of flooding, but this incident stands out as a tremendously deadly event that claimed many lives and damaged property.

Host Evelyn Lee explains how flood waters pouring into the city submerged the two-mile-long traffic tunnel, turning it into a tomb, trapping hundreds of cars inside.

Already beleaguered by flood waters, reservoirs were opened to relieve the pressure. However, no warning was given, and the tunnel was not closed to avoid the disaster.

The authorities reported several dozen people perished and the reason for the flooded tunnel was heavy rain.

The host reveals that witnesses to the incident tell a very different story, reporting that thousands lost their lives.

This episode examines evidence that there was human error involved and a cover-up by the Chinese communist regime.

According to eyewitnesses, it started with a late afternoon traffic jam that spanned all six lanes of the tunnel. Water began flowing into the tunnel submerging everything within minutes leaving drivers and passengers with little time to escape. Due to the traffic jam, cars were blocked from being able to move forward and escape.

The tragedy also claimed the lives of two young boys who were riding their bicycles in the tunnel.

One flood survivor reported that it was not caused by a traffic jam but rather because the exits were blocked by authorities, so people were stuck inside.

As the flood water receded, many of the cars that had been submerged on surface roads were visible, but cars in the tunnel were still covered by muddy water.

The Chinese media originally reported that thousands of vehicles were submerged, but later changed that number to hundreds.

News footage showed cars and human remains being removed from the tunnel.

Officials kept most of the spectators away from the scene and the footage showing the true extent of the tragedy was never shown by the Chinese state-run media.

One survivor related his experience of being in a vehicle with two others. As the waters started rising quickly, they climbed to the roof of the car through a window on the top. As they huddled on the roof, water continued to pour inside the vehicle, and it began to be pushed along by the current. One of the three could not swim, so as the car was pushed against the wall, the three grabbed on to horizontal pipes lining the wall. They floated in the water, moving along the pipes until they reached an opening in the top of the tunnel. The rising water carried them to the top where they climbed out.

Another man described being in sight of the exit when the water started rising. He decided to go ahead and abandon his vehicle and ran to safety as the tunnel filled up behind him.

The New York Times reported one survivor’s tale of narrow escape. Pure Li was riding the subway when the tunnel began to flood. She sent goodbye messages to her friend using her cellphone, typing, “I may not be able to get out.”

More than 500 passengers were riding the train that day. When water began covering the tracks, some of the passengers toward the front of the train were able to escape, while ones in the rear cars were trapped as those cars submerged first.

Evidence of the Truth

In addition to survivor eyewitness stories, pictures, and video, there is evidence to show that the disaster was caused by human error and factors other than the heavy rains.

There were over 20 surveillance cameras in and around the tunnel and footage from those could be used by officials to determine exactly how many victims there were. A map also shows several reservoirs that were used to relieve the flooding pressure that day.

No warnings were given, and although the tunnel had been closed that morning, officials had reopened it that afternoon despite weather warnings.

A map shows the area where the tunnel is located is close to several reservoirs that released water adding to the flood threat.

The question has been raised as to why authorities did not keep the tunnel closed with the weather warnings.

As Lee explains, “The Chinese Communist Party’s priority-ridden system is behind the decision.”

The Communist Party secretary went the previous day to examine the reservoirs and the city’s subway system. He gave specific instructions to city leaders to ensure the safety of the city’s infrastructure and the smooth flow of traffic. They were also supposed to make sure that people and property were safe and that drainage efforts went smoothly. Since there were not enough reasons to achieve all of these objectives, city leaders had to prioritize.

Many times the needs of the people end up at the bottom of the list in this type of regime. This creates a situation where city workers are forced to strictly comply with communist leaders’ orders that often do not allow for the flexibility needed to make the decisions necessary to protect life and property.

The host points out that disasters like these would not occur in democratic countries because authorities are held accountable for their decisions, which means lives are more important than preserving infrastructure.

Another reason that no advance warning was given is that it would open the door to lawsuits for lost life and property. By releasing the waters from the reservoirs without notice, the communist leaders could just blame natural disaster so people cannot file claims against the regime.

So, as a result of the CCP’s rigid system of rules, disasters like the flooded tunnel repeat themselves over and over. The rules of the CCP leaders make it impossible for lower-level city authorities to make the decisions that need to be made.

After these disasters occur, the CCP will usually come in with food items, water, and other needed supplies for the victims of the disasters. Their goal in doing this is to make the people feel gratitude and view them as “the good guys,” while the truth is that many disasters could be avoided if it were not for the regime’s stranglehold on the people.

“China in Focus” premiers Monday to Friday—exclusive on EpochTV.