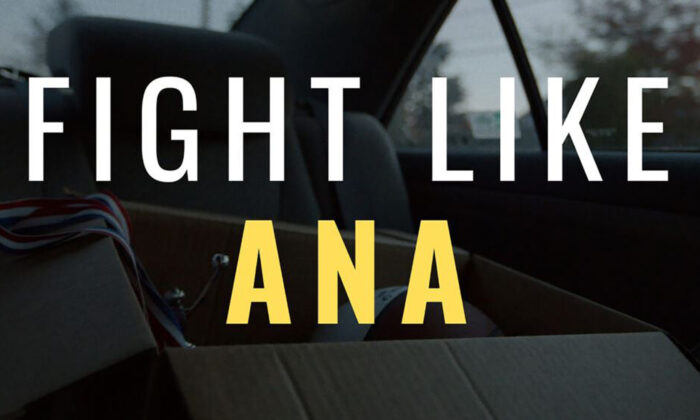 Sometimes it’s hard to fathom how fortunate we are to not have faced extreme forms of adversity—or have family members who have. But after watching the excellent documentary, “Fight Like Ana,” we can learn some lessons about appreciating every moment we have with our loved ones.

It’s a touching reminder of the value of faith and family.

The film begins with tragedy…

Early one October morning in 2017, Ana Wakefield was driving on her way to basketball practice down Highway 212, just west of Damascus, Oregon. The driver of a stolen SUV suddenly crossed over the line and hit Ana head-on with so much force that the entire front half of her car was practically destroyed.

Tyler Jennings, the first witness on the crash scene, said that he could see Ana’s body, but that she wasn’t moving and there was a lot of blood leaking from her legs. He moved in closer to see if she had a pulse, but couldn’t detect one. The driver of the SUV had already fled the scene.

When authorities arrived on the scene, they quickly took Ana to the Oregon Health & Science University Hospital. Although she sustained a number of horrific injuries, the most severe being some bleeding and swelling of her brain. Therefore, she was rushed into emergency surgery to operate on her brain.

The scene of Ana Wakefield’s horrible accident in “Fight Like Ana”. (Exploration Films)

To put things into perspective—on the third day of Ana’s hospitalization, Val and Ana were scheduled to play their first basketball game together at Multnomah University. On that same day, while Ana lay fighting for her life in a coma, doctors were uncertain as to whether the young lady would survive another 24 hours. Her aspirations of being a star basketball player had been completely dashed in just an instant.

After weeks in the hospital, Ana woke up and as she later recounts, felt around with her hand to discover that her hair had been shaven off and her head had multiple large scars embedded into her scalp from the multiple surgeries she’d been through. She began crying, saying that she’d never be beautiful again.

At first, Ana began her rehabilitation at the hospital and her father, Dave, became the driving force in her recovery. Miraculously, Ana improved her bodily locomotion, ability to speak, and balance and coordination. After nine weeks, she was allowed to return home to continue her rehabilitation there with her family.

Her father later remarks he never would have known that after 30 years of coaching school athletics, God would choose him to be Ana’s primary rehabilitation coach.

Due to Ana’s persistence and her family’s support, Ana went from being in a wheelchair to a walker, then to a cane, and eventually, she could walk without any walking aids at all.

Through hard work and tenacity, Ana was able to attend her first basketball practice only a few months after her near-fatal accident. Although she wasn’t able to actually play, she received a heartfelt greeting from her former teammates and got to shoot her first hoop since the tragedy—making the shot.

Fortunately, the police located and arrested the man responsible for stealing the SUV and smashing into Ana’s vehicle. He was a young man named Sequoyah Stork, who’d been under the influence of some substance when he collided with Ana. Right after the accident, he ran away from the scene. During his trial, he cried after learning how much of a negative impact he had on Ana. From there, a major question arises…

Will Ana ever be able to move on from the tragic accident?

One of the things I loved about this touching documentary is to see how someone’s life could be so negatively impacted, yet through faith and forgiveness, turn something tragic into something that heals, and also brings people closer together.

Although Ana still struggles with her post-accident injuries, the entire event has brought her family even closer together. Now, all of them treasure every moment that they have together instead of taking things for granted since they’ve realized how precious life is.

Ana Wakefield and her family now appreciate their time together much more in “Fight Like Ana.”

As her father says near the end of “Flight Like Ana,” all of the difficulties that Ana has overcome has inspired others to keep “going, keep fighting, don’t quit.” I’d have to agree with that after seeing this touching film.

“I was one person, and then I died,” Ana said, “and was reborn and had to rediscover and learn who I am.”