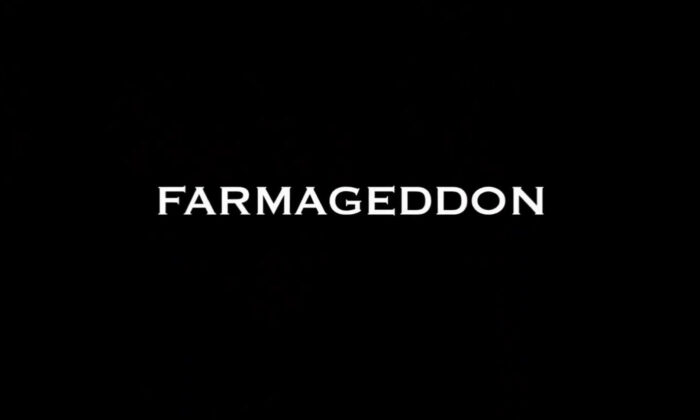 An insightful expose on the war being waged on small farmers.

With all of the recent news about murky organizations and individuals, including the Chinese Communist Party (CCP) and Bill Gates, buying up millions of acres of farmland in North America (as well as all of the government-sponsored attacks on farmers), it’s interesting to come across a film that forecast the predicament we’re in a little over a decade ago.

2011’s “Farmageddon: The Unseen War on American Family Farms” marked the directorial debut of Kristin Canty, a Concord, Massachusetts, mother of four. The film’s catchy title is very prescient for the unfortunate, aforementioned happenings that seem to be intensifying year after year, as agencies such as the United States Department of Agriculture and Food and Drug Administration wage all-out war on North America’s small farmers, even when the latter can provide evidence that they are contributing healthy foods to the marketplace.

Kristin begins by outlining the difference between the two main food sources in the United States—industrial-scale farming and local or artisanal farmers. The latter, which consist of farmers that provide such products as organic and sustainable foods, have been subjected to ridiculous harassment and seizures based on trumped-up violations, no matter how minor. The government frequently uses its multitudinous morass of regulations as tools designed to drive the smaller farmers out of business.

One of the first examples that the film shows us is the case of a Vermont couple who owned over a dozen sheep, some that had been specially imported from New Zealand (worth a cool $5,000 per sheep) who had their entire herd confiscated and summarily slaughtered. This, despite the fact that the farming couple could have proven that their sheep weren’t infected with bovine spongiform encephalopathy (mad cow disease), as was claimed by the authorities.

Canty describes similar horror stories of government overreach and abuse of powers—here, a Mennonite farmer in Pennsylvania; there, a dairy farmer in upstate New York—as well as various food co-ops in Georgia, Ohio, and of course, California.

Canty’s capable filmmaking chops are on display as we get to see interviews with both farmers and agricultural experts from disparate backgrounds. Through these interviews, we soon learn that industrial food suppliers have access to more funding, which allows them to wield tremendous political power. This enables them to apply pressure on governmental regulation agencies to put the squeeze on small farming operations. The kicker is that the vast majority of food infections in the food supply chain occur within the big industrial food plants.

Canty also provides some pretty alarming film footage of law enforcement raids being carried out on small farms and co-ops that have supposedly been violating various specious state or federal agricultural regulations. The scenes of numerous law enforcement agencies—local, state, and federal—treating these small farmers as if they are domestic terrorists are startling and somewhat infuriating.

Canty isn’t just fighting as an advocate for the “little guy;” she has some personal experience with the subject matter in her film. When her son was 4 years old, he suffered from severe allergies and Asthma. Since conventional medicine wasn’t helping him, she did some research and discovered that raw (non-pasteurized, grass-fed) milk could be a remedy. As soon as she began giving her son raw milk, his health issues faded away.

The governmental actions do seem rather illogical, petty, bullying, and absurd. Sending large groups of armed law enforcement officers to raid a poor dairy farmer at the edge of some small town doesn’t exactly seem restrained, let alone fair. I mean, you don’t exactly see these kinds of raids being carried out against Tyson Foods, the Archer Daniels Midlands Company, or other large industrial-scale food corporations.

However, after watching this well-meaning documentary, I felt that there was one thing that detracted from it. A common mistake that many amateur documentary filmmakers make is that while they may be effective at calling attention to important topics and shedding light on lesser-known issues, discussions on what to do about these topics and issues aren’t usually discussed.

In other words, it would have been nice to get more of an idea as to what we can all do to protect the rights of small farmers, or maybe feature discussions based on consumers’ rights to have easier access to healthful foods, wherever those foods come from. But as it stands, “Farmageddon” is an insightful expose about the war being waged on small farmers.