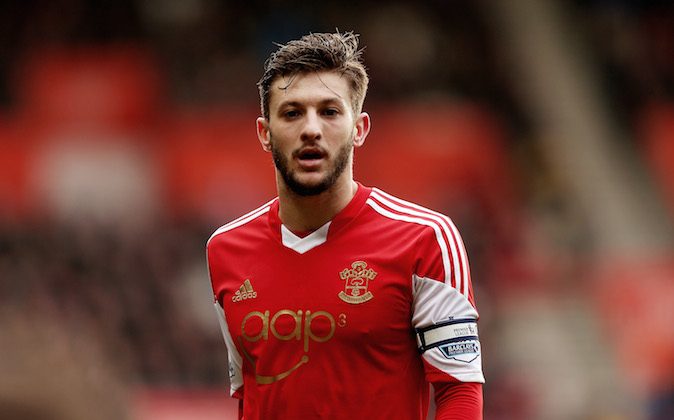 Adam Lallana of Southampton during the Barclays Premier League match between Southampton and Stoke City at St Mary's Stadium on February 8, 2014 in Southampton, England. (Photo by Scott Heavey/Getty Images)
Soccer

Southampton star playmaker Adam Lallana yet again been tipped for a move to Anfield. According to Sky Sports, Brendan Rodgers wants to make a move for the England international before World Cup 2014 starts.

Southampton have said that they have not received any bids for their Player of the Year yet. Lallana has scored nine goals in 37 Premier League appearances this season, and also notched six assists.

Man United stars Robin van Persie and Adnan Januzaj might be lured to the Allianz Arena, according to Football Direct News. Bayern boss Pep Guardiola is supposedly keen to sell Mario Mandzukic and Mario Gotze, and make a swop for the Old Trafford duo.

Mandzukic and Gotze are both reportedly concerned about their first team chances. Borussia Dortmund star striker Robert Lewandoski is moving in the summer, and could limit Mandzukic’s role in the Bavarian club, while Gotze has spoken out against his limited role in Guardiola’s side.

But van Persie and Januzaj might not be willing to leave Old Trafford. Holland coach Louis van Gaal’s imminent appointment as Man United manager could sway the want-away Robin van Persie from leaving, while Januzaj has just signed a long-term deal, and the promise of more first-team soccer at Man United means he is unlikely to move.

Chelsea could move for Sevilla’s Ivan Rakitic in the summer, despite already having plenty of attacking midfielders. Sevilla is supposedly keen to make a offload Rakitic to Chelsea for cash plus Chelsea on-loan winger Marko Marin, according to Football Direct News.

The 25-year-old Croatian international has racked up 15 goals and 13 assists this season.