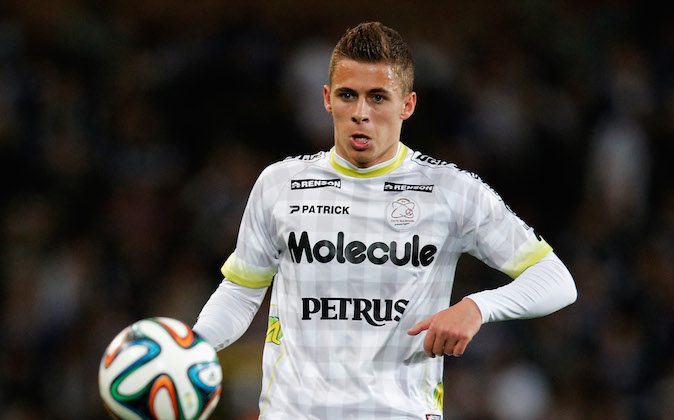 Everton could move for Gareth Barry, Arsenal in race for Mario Balotelli, and Liverpool are in talks for Chelsea’s Thorgan Hazard.

Out-of-favor Manchester City midfielder Gareth Barry could be headed back to Goodison Park this summer, according to the Daily Star.

The 33-year-old enjoyed a splendid season on-loan to Everton, and Toffee boss Roberto Martinez is keen to sign Barry on free transfer when his contract ends with Man City at the end of June.

Arsenal are reportedly also keeping tabs on Barry, and their Champions League spot might be crucial in influencing Barry’s decision at the crunch time.

Arsenal are also supposedly in the lead to sign AC Milan striker Mario Balotelli, according to the Daily Star.

Balotelli, who scored 26 goals in 42 games for Milan this season, has not won over the club’s executives, and they are keen to let him leave for a transfer fee of around £20-25 million ($33.6-42 million).

Should the Italian international join Arsenal, he would definitely be a timely boost for the Gunners. Manager Arsene Wenger could only count on Olivier Giroud this season, which quickly left the French international fatigued, resulting in his dip in form towards the later half of the season.

The 21-year-old Belgian is the brother of Chelsea midfield star Eden Hazard. Thorgan has struggled to break into the Chelsea first-team so far, and spent the last two seasons at Belgium side Zulte Waregem, where he was their Player of the Year this season.

Schalke and Everton are also keen on signing Thorgan Hazard, who is rated at about £6 million ($10 million).