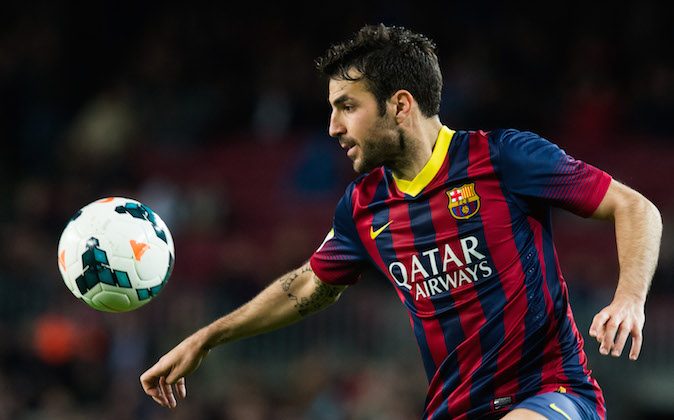 Former Man United boss David Moyes had expressed interest in bringing Cesc Fabregas to Old Trafford, but it seems that current manager Louis van Gaal is going to be the one landing Fabregas.

Spanish paper Marca reports that new Barcelona boss Luis Enrique doesn’t want Fabregas to go to Stamford Bridge this summer because he fears that the 27-year-old midfielder could wreck Barca’s Champions League campaign should Chelsea be drawn with the Catalan giants in either the group or knockout stage.

Rumors that Fabregas will move might be plausible in light of a conversation between Spain and Barca player Gerard Pique and Spain boss Vicente del Bosque at a press conference.

Pique was recorded whispering to del Bosque: “[Cesc Fabregas] told me [the deal] is done. He’s already leaving. He told me that it is €33million.”

All is not lost for Chelsea, however, as FC Porto star Eliaquim Mangala seems to prefer moving to Stamford Bridge instead of Old Trafford or the Etihad, according to the Daily Star.

The 23-year-old French defender is rated at £35 million ($58.8 million), and given that Chelsea, Man United, and Man City are all searching for defensive cover, a bidding war for Mangala signature looms.

Meanwhile, Liverpool could be abandoning their bid for Southampton’s Adam Lallana in favor of Benfica’s Lazar Markovic, the Mirror reports.

Southampton are holding out for a £25 million ($42 million) for their talented attacking midfielder, a fee Liverpool are unwilling to match.

Benfica could let him go for £25 million, which would make Markovic more appealing to Rodgers, given that he is 6 years younger than Lallana, and could potentially develop into an even better player than Lallana.