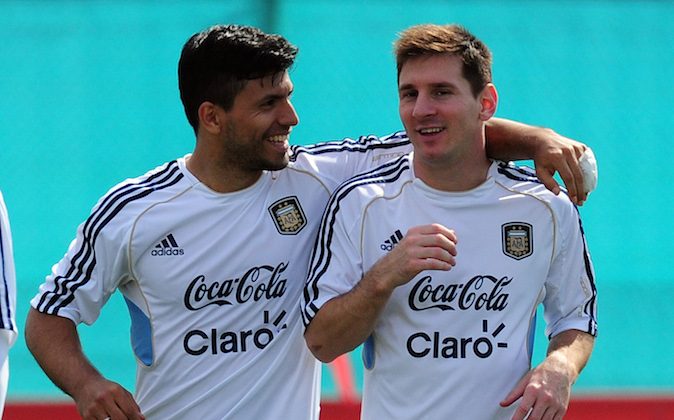 Bayern Munich player and Spain international Javi Martinez has been rumored to be unsettled at the Allianz Arena. While the 25-year-old holding midfielder played an instrumental role in helping the Bayern team under manager Jupp Heynckes secure the Treble, he has fallen out of favor under current Bayern boss Pep Guardiola.

German newspaper Bild claims that Martinez is disillusioned and is looking to move on from the German champions. Martinez still has 3 years left on his contract, and is valued at £33 million ($56 million). TalkSport have speculated that Arsenal and Man City are track of his transfer situation in preparation for a bid.

Lionel Messi is currently negotiating a contract extension with Barcelona, and has reportedly requested that the Catalan giants move for Man City and Argentina star forward Sergio Aguero, as well as offer goalkeeper Jose Manuel Pinto a contract renewal, as part of his new deal.

Despite a series of injuries, Aguero has been stellar for Man City, finding the back of the net a total of 17 out of 22 EPL appearances for City.

The 25-year-old forward has also been linked with a move to Barca rivals Real Madrid.

While defenders are undoubtedly on top of Liverpool’s summer wish list, the Reds have yet again been linked with Barcelona forward Cristian Tello, according to TalkSport.

Tello’s pace and direct running at defenses make him an ideal fit for the Reds’ style of play. His ability to play a number of forward positions would allow him to provide cover for Philippe Coutinho, Raheem Stirling, Daniel Sturridge, and Luis Suarez.

Also, since Tello has played less than 30 games for Barcelona this season, he will be available at a “cheaper” price tag of £25 million (S42.4 million) rather than £30 million ($51 million), which represents a steal for the Merseyside club.