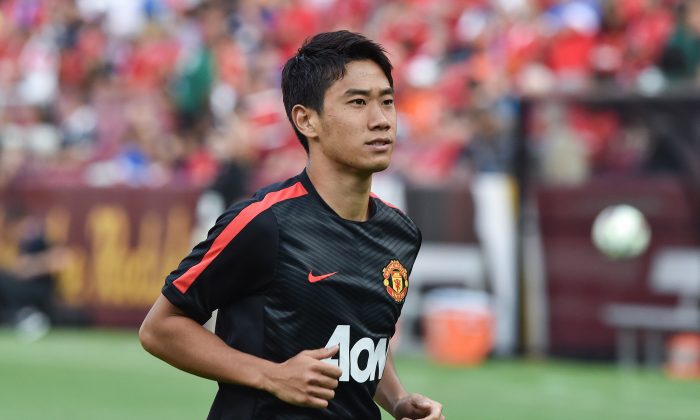 Manchester United could be see a player exodus, while Tottenham Hotspur and Liverpool are moving for Wilfried Zaha.

The player that seems most likely to leave the club, albeit temporarily, is Belgium international Marouane Fellaini.

United are looking to send the gangly midfielder to Napoli on loan, but the Italian side are unwilling to pay Fellaini’s massive £100,000-a-week ($168,000-per-week) salary in order to do that.

Thus, United might have to end up paying half of Fellaini’s wages if they are to loan him out successfully, according to the Mirror.

The next most likely player to leave the club is winger Wilfried Zaha.

Zaha has struggled since his £15 million ($25.2 million) move from Man United to Crystal Palace last year.

After an unimpressive stint first half of the season, the 21-year-old England winger was loaned out to Cardiff in January.

Now, his old club Crystal Palace, West Ham United, and Queens Park Rangers have reported made offers for Zaha, according to the Mirror.

Zaha is keen to stay with the Red Devils, however, and hopes that new manager Louis van Gaal will stick with him.

“Louis van Gaal has let me know that he believes in me,” said Zaha.

“I can’t tell what’s going to happen with the club in the future.

“But we have a great manager and I’m sure he will change things here.”

The last United player that is reportedly moving on Shinji Kagawa.
The 25-year-old Japanese international has so far failed to hold down a regular spot under manager David Moyes and Sir Alex Ferguson.
Kagawa is supposedly wanted by Atletico Madrid and his former club Borussia Dortmund, according to the Independent, and could move
for as little as £13 million ($21.9 million).
Meanwhile in Wales, Swansea’s top striker Wilfried Bony is being targeted by Liverpool and Tottenham, according to talkSPORT.
However, Swansea boss Garry Monk has stressed that it is all speculation at present.

“No, nothing, it’s exactly the same as it was at the start of the summer.”

“The good thing for us is that we’re in control of everything, no player will leave unless we decide it and we think it’s good for the club.

“And from Wilfried’s performances throughout our pre-season campaign I think you can see exactly how committed he is to Swansea City.”