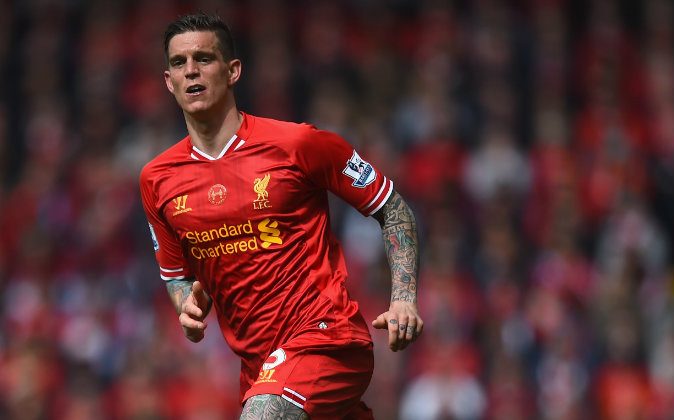 Daniel Agger of Liverpool in action during the Barclays Premier League match between Liverpool and Newcastle United at Anfield on May 11, 2014 in Liverpool, England. (Photo by Laurence Griffiths/Getty Images)
UK

Daniel Agger could leave Liverpool, Manchester United pursue Marcos Rojo, and Sami Khedira could move to either Arsenal or Chelsea.

Liverpool have signed Dejan Lovren from Southampton, but could soon find themselves a man short if rumors that Daniel Agger is “desperate” to leave the club are true.

Barcelona were interested in signing Agger, but with their recent successful transfer of Thomas Vermaelen from Arsenal, chances of the Catalan giants bringing in the Liverpool vice-captain are slim.

Atletico Madrid are keen to bring Agger in, according to Sun on Sunday.

According to the Daily Mail, United have made a £15 million ($25 million) bid for the Argentina defender.

The deal will be made complicated, however, because Rojo is “owned” by the controversial sports investment management company Doyen Sports.

Lison are said to be asking for £24 million ($40 million) from United in order for them to cover the cost of Rojo.

United are in need of reinforcement in all areas, and particularly in defense after losing veteran defenders Patrice Evra, Nemanja Vidic, and Rio Ferdinand in the summer.

Sami Khedira’s agents are due in London this week for transfer talks with Arsenal and Chelsea, according to the Mirror.

Madrid are reportedly demanding a fee of £12 million ($20 million) for the World Cup winner.

Chelsea are favorites to sign Khedira, as Blues boss Jose Mourinho once worked with the German international at the Bernabeu.