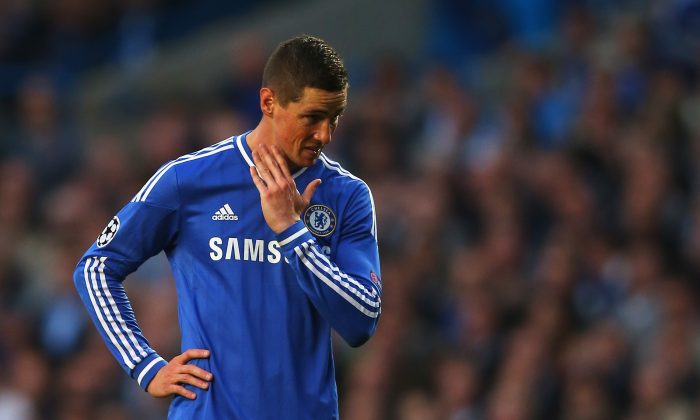 French Ligue 1 club AS Monaco could be targeting Chelsea flop Fernando Torres, according to the Mirror.

The former Liverpool and Atletico Madrid striker has not justified the huge £50 million ($85.3 million) transfer fee that Chelsea paid for him in 2011, and could be shown the door.

Monaco seem willing to pay the £20 million ($34.1 million) transfer fee that Chelsea have slapped on to the misfiring striker. Torres has only scored 45 goals in 172 appearances for Chelsea, a sharp drop from 81 in 142 games for Liverpool.

Atletico are also keen on resigning their one-time youth prodigy, but are only willing to fork out £15 million ($25.6 million) for the 30-year-old Spaniard.

Meanwhile, up the road in north London, Arsenal are looking to bring Man United winger Nani to the Emirates Stadium in the summer, CaughtOffside reports.

The 27-year-old Portuguese international has somewhat struggled in the past couple of seasons at Man United.

The 2013/2014 season was particularly bad for Nani, as he only scored one goal in 13 appearances in all competitions for the Red Devils.

CaughtOffside reports that Man United and Paris Saint-Germain are in contention to sign the 26-year-old.

United are favorites to sign Di Maria because PSG has already signed David Luiz for £50 million ($85.3 million) from Chelsea, and they risk getting fined again by UEFA for breaking the Financial Fair Play regulation should they sign Di Maria.