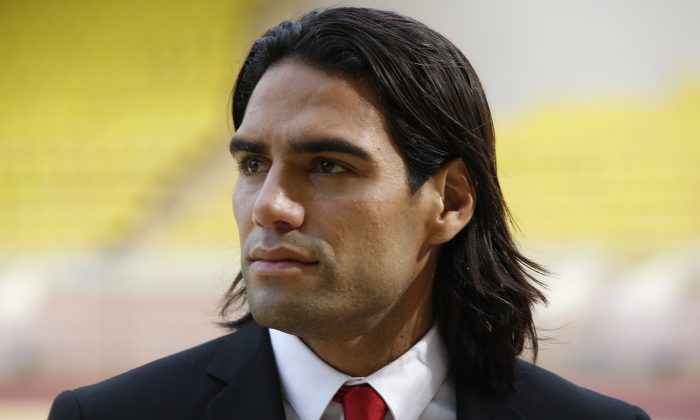 After much speculation about where he would go, Monaco’s Radamel Falcao is due to sign a one year loan deal to Man United on Monday, according to the Guardian.

The 28-year-old Colombia international was linked with a move to Real Madrid, Liverpool, Manchester City, and Arsenal, but ultimately United were the ones who managed to seal the deal.

The Red Devils are allegedly paying about £6 million for the loan fee, and are also not expected to foot all of Falcao’s £300,000-a-week salary.

One striker may be joining United on loan, but another one is also going out for a loan spell.

Javier Hernandez will be joining Real Madrid for a one year loan deal, with an option to make it a permanent move.

According to ESPN FC, Valencia and Juventus made offers for Chicharito, but the Mexico international preferred a move to Madrid.

Real Madrid’s official website read: “Real Madrid and Manchester United have reached an agreement for the loan of the player Javier Hernandez Chicharito, who will be attached to the club for the current season. Real Madrid retains an option to purchase the player.

“Javier Hernandez Chicharito will give a press conference at the Santiago Bernabeu today Monday at 16:30.”

Hernandez has scored 59 goals in 154 games for United, but has been the fourth choice striker ever since his move in 2010.

Meanwhile, Arsenal could be making a move for Sporting Lisbon’s William Carvalho before the transfer deadline.

The 22-year-old defensive midfielder has tried to downplay rumors that he will move, and said to the Portuguese press A Bola that: “I am under contract with Sporting and I’m a Sporting player.”

“There is no way I can say I am going to leave. I am fine at Sporting.”

Arsenal boss Arsene Wenger has said that he will be “actively involved” on transfer deadline day, but doesn’t want to raise expectations by promising a signing.

“I don’t want to promise you what I am not sure to hold,” he said.

“I’ve worked long enough in England to know I don’t like to promise what I’m not 100 per cent sure of as it doesn’t depend on me.”