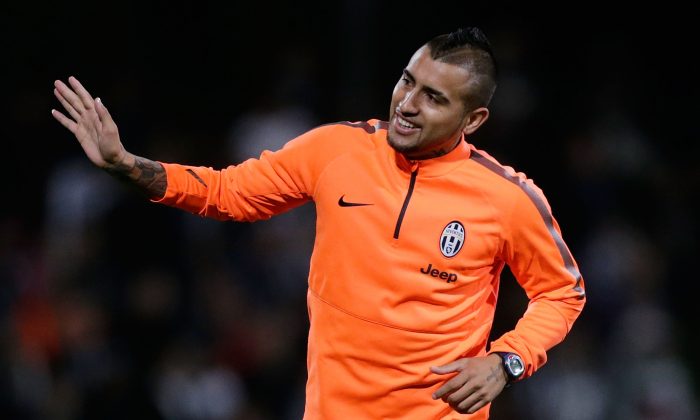 Arturo Vidal has been linked with a move to Manchester United once more, Arsenal are one of several clubs tracking Ron Vlaar, and Sevilla have not agreed a deal with Liverpool for Alberto Moreno.

According to @OffsideLiam, Arturo Vidal is going to move to Man United, and Juventus are lining up PSG midfielder Adrien Rabiot as a replacement.

Vidal has been linked with United all summer, and new Juventus boss Massimiliano Allegri claims that Vidal is committed to Juventus.

However, Juventus director general Giuseppe Marotta did says that the club won’t try to block Vidal if he really wishes to leave.

“[Arturo] Vidal? We already said that he is not on the market, but the player’s will is decisive,” said Marotta.

“Vidal has never said he wants to leave, and Juventus will sell him only if he were unhappy to remain.

“Nowadays, however, there’s absolutely no reason to even be discussing this now,” Morotta added.

In North London, Arsenal are keeping track of Aston Villa Ron Vlaar, according to talkSPORT.

The Gunners just lost their club captain and top center back Thomas Vermaelen to Barcelona, and are in need of cover now.

Lazio, Man United, Southampton, and Juventus have also been linked with the 29-year-old Dutch international, and Lazio in particular have made Vlaar their top transfer target.

Meanwhile, Sevilla have denied that they have reached a deal with Liverpool for Alberto Moreno.

Liverpool boss Brendan Rodgers has courted Moreno all summer, but was initially put off by Sevilla’s asking fee.

Negotiations recently restarted, but Sevilla club president Jose Castro insisted that no agreement has yet been reached.

“There have been negotiations [for Moreno], eight or 10 days ago, but there has been no agreement and nor is there today,” Castro told the Sevilla’s official website on Monday.

“If Liverpool’s offer is suitable he will leave. If not, he’ll stay and nothing will happen, absolutely nothing.
“We’ll be at ease.”
Share this article
FacebookFlipboardTweetRedditEmail
Show Discussion
RECOMMENDED
TOP VIDEOS
TOP NEWS