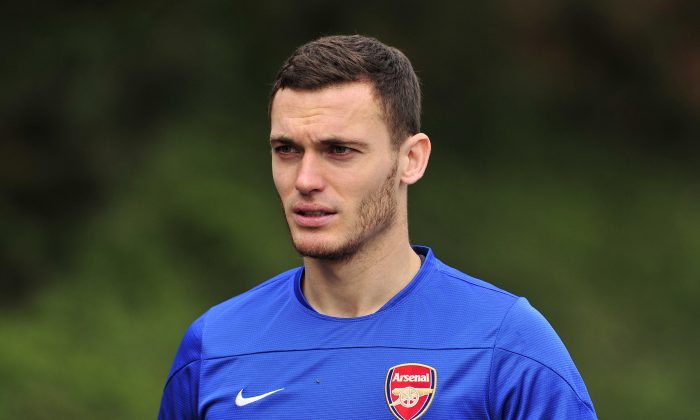 Manchester United could move for Angel di Maria, Thomas Vermaelen might leave Arsenal for Barcelona, and Liverpool could be making a move for Ezequiel Lavezzi, reports have indicated.

PSG were reportedly trying to bring in the 26-year-old Argentine for £50 million, but have given up because he is “very expensive,” according to PSG president Nasser Al Khelaifi.

This leaves the door open for United to swoop in. New manager Louis van Gaal is still looking for a top central midfielder after missing out on Arturo Vidal, and might move for Di Maria because United are not short on transfer funds.

Meanwhile, Liverpool are looking to sign Monaco striker Radamel Falcao, but they could be beaten in the race by Real Madrid, according to the Daily Mail.

The Reds have a Luis Suarez-size hole to fill in their forward line, and have so far failed to sign a suitable replacement.

Liverpool plans to loan Falcao for a season before making the move permanent, but it may not come to fruition because the Colombian striker seems to be more keen on a move to Real Madrid.

In North London, Arsenal stand to lose their club captain Thomas Vermaelen to Barcelona, according to the Telegraph.

The Catalan giants have reported tabled a £10 million for the Belgium international.

Gunners boss Arsene Wenger claimed that the club has received bids, but declined to say from which club.

“Have we received bids? Yes. I can’t tell you who from but you will know very soon,” Wenger said.

“Are Manchester United one of the teams to have made an offer? I think they could be in the group.

“Ideally, yes, we would like to sell him abroad and that is an option for us.”

If Vermaelen does leave, Wenger will have to scramble to find a new captain and defender.