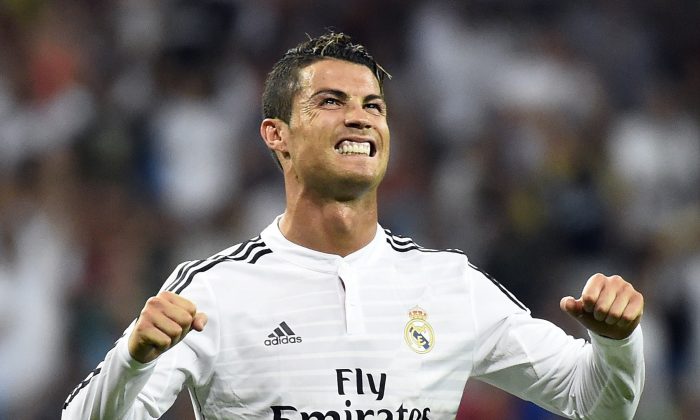 Cristiano Ronaldo is wanted by both Man United and Chelsea.

Jorge Mendes, Ronaldo’s agent, is reported unhappy with the way Real Madrid treated Angel di Maria following his move to United, and wants to take Ronaldo to United in a transfer worth £55 million, according to the Metro.

However, Express reports that Blues boss Jose Mourinho wants to use his close ties with Ronaldo to bring him to London instead of Manchester.

Ronaldo personally prefers a move back to the Red Devils, as he recently declared: “I love Manchester.”

“Everyone knows that – I have said it many times. Manchester is in my heart.

“I left many good friends there, the supporters are amazing and I wish I can come back one day.”

Meanwhile, Arsenal boss Arsene Wenger has revealed that he possibly won’t have signed Danny Welbeck, according to the Metro.

“If I had not been away on deadline day, Welbeck would not have signed,” Wenger said.

“The advantage of that day was I got up at 6am and was available the whole day.”

“I will tell you the story one day.”

Wenger was even more cryptic and confusing about signing options.

When asked if he would have loaned Welbeck instead of buying, Wenger said: “With an option to buy yes.

“In the end, when it was a permanent transfer or loan with an option to buy, I was happy to buy permanently.”

Yet Wenger added that: “At the start of [transfer deadline day], he was only available on loan.

Over at Merseyside, the arrival of Mario Balotelli has already brought some fortune to Liverpool in the form of shirt sales.

According to Liverpool’s chief executive Ian Ayre, £50,000 worth of Balotelli replica jerseys were sold on day one of the Italian national’s Reds career. As one adult shirt goes for £65, that adds up to 770 shirts.

“You have to be ready for these opportunities,” Ayre said.

“In the past we didn’t capitalize on opportunities but those days are long gone.”