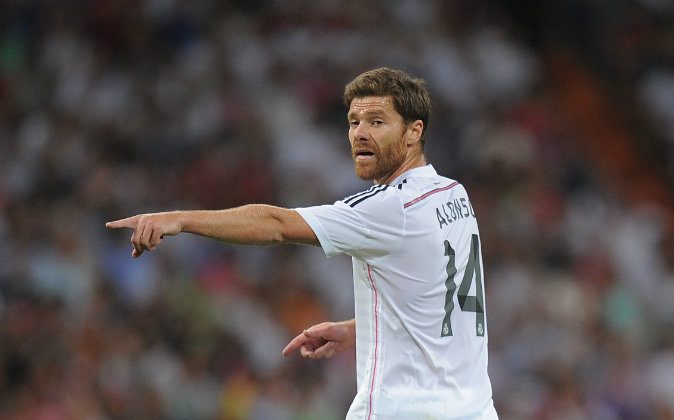 Sami Khedira, Xabi Alonso, and Angel di Maria could move to Manchester United, and Tottenham Hotspur could swop in for Loic Remy.

As the summer transfer window winds to a close, things are heating up over at Old Trafford, as Man United have yet to make any marquee signings so far.

Despite being linked with the likes of Toni Kroos and Mats Hummels all summer, new United manager Louis van Gaal has been unable to successfully negotiate the transfer of even one of them.

Kroos ultimately ended up at Real Madrid, while Hummels stayed put at Dortmund.

To make matters worse, United have been hit with an injury problem, which Van Gaal detailed to ManUtd.com: “We have seven injuries, so that is a lot.”

“In my career as a trainer-coach, we’ve never had seven injuries in my selection, and the last game it was nine, so we are progressing! But okay, seven injuries, plus Fellaini who has an ankle problem, so we’ll have to wait and see because [on Saturday] he’ll have a scan. It is always better to do that after two or three days and not at once. I cannot say anything about that – but he is injured, yes.

“Herrera is also injured, so we have four midfielders out. [Michael] Carrick, Herrera, Fellaini and [Jesse] Lingard. So we are a little bit thin in midfield and it’s a problem that I have.”

“[Jonny] Evans has recovered and trained today for the first time, so he’s not available for selection yet. Valencia is back. With Herrera – it is too early to say because it happened [on Thursday] in the training session and it’s still too early for him to have a scan. The same thing as Fellaini.”

Given United’s midfield issues, they have thus been linked with a number of players, Sami Khedira, Xabi Alonso, Angel Di Maria, all midfielders, and all hailing from Real Madrid.

According to Manchester Evening News, Real Madrid coach Carlo Ancelotti has at least given the go ahead for United to sign Khedira.

The 27-year-old German international refused to sign a contract extension with Madrid, and could very well leave for United before this transfer window is up.

Arsenal, Chelsea, and Bayern Munich are also said to be interested in the player.

Express reports that Xabi Alonso could also join the Red Devils, after Real was “unhappy” that the Spanish international “lost significant weight” over the summer.

If Alonso leaves, however, Khedira might not be allowed to go, so it seems unlikely that both players end up at Old Trafford.

Finally, Angel di Maria has reportedly contacted fellow Argentine and new United player Marcos Rojo over a move to United, according to the Metro.