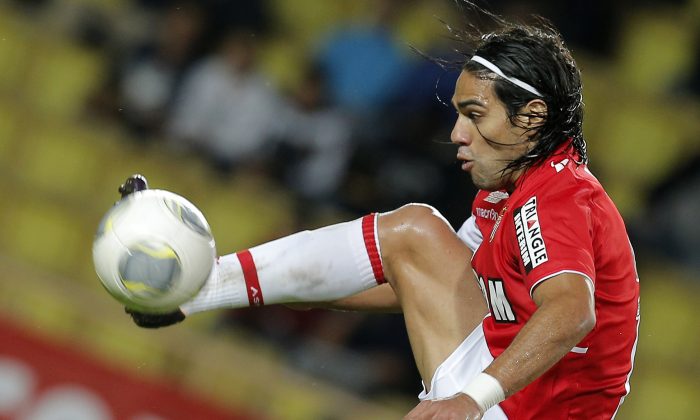 Marcos Rojo to sign for Manchester United, Arsenal target Kostas Manolas, and Liverpool are once again being linked with Radamel Falcao.

According to the Telegraph, Rojo will sign for a fee of £16 million from Portuguese side Sporting Lisbon.

In an interview with Argentinian radio Continental, Rojo said: “It feels like a dream, to be a Manchester United player.

Rojo also apologized to Sporting Lisbon on Sunday evening for refusing to train with his squad in light of his Old Trafford move.

“I was hot-headed and I’m sorry. I’ll be back with the rest of the squad tomorrow,” he said.

“Sporting signed me when I was not at my best and gave me the opportunity to play for a big club in Europe.

“I would like to thank the trust they had in me and I will resume training on Monday.”

Meanwhile, Arsenal could settle for Olympiakos defender Kostas Manolas as a replacement center back.

Gunners boss Arsene Wenger has a defender crisis on his hands, as left back Kieran Gibbs is out for four weeks after pulling a hamstring against Crystal Palace, Laurent Koscielny has a foot injury, and Per Mertesacker is still not match fit after returning from Germany’s World Cup campaign.

Up on Merseyside, Liverpool retain their interest in Radamel Falcao, but have to content with both Juventus and Real Madrid.

Juventus would like to take Falcao on loan after selling Fernando Llorente to Valencia, but Llorente isn’t interested in a move.

Real Madrid need to sell a non-EU player before they can move for Falcao.

Liverpool are in the hunt for a top class goal scorer after the departure of Luis Suarez to Barcelona.