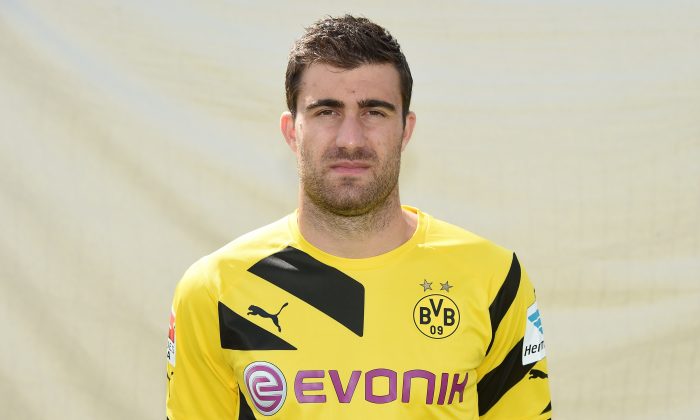 The Netherlands youngster was supposedly at United’s Carrington training ground on Thursday to complete his signing.

Mensah can play at center half, left back, and defensive midfield, and his versatility makes him an asset in Van Gaal’s 3-5-2 formation.

Should Mensah complete his transfer, United will have plenty of defensive cover down the left flank, given that Luke Shaw and Marcus Rojo were bought earlier in the summer.

Chelsea are still keen to sign Roma striker Mattia Destro, but Roma are not willing to sell their player, according to ESPN.

Roma president James Pallotta said at the Champions League group stage draw that “Destro is absolutely not for sale.”

“He never has been and he is staying where he is, 100% certain,” added Pallotta.

The Blues will want to sell misfiring striker Fernando Torres, however, regardless of whether they land Destro.

Antonio Sanz, one of Torres’ agents who is in Milan for talks, said: “The meeting went well.

“Torres to AC Milan is a real possibility. We take some time to reflect before giving a decision.

“Milan are a great club.”

Meanwhile, Arsenal boss Arsene Wenger is considering a £12 million ($19.9 million) bid for Borussia Dortmund’s Sokratis Papastathopoulos, according to the Mirror.

Wenger needs a replacement center half after selling Thomas Vermaelen to Barcelona for £15 million ($24.9 million) a couple of weeks back.