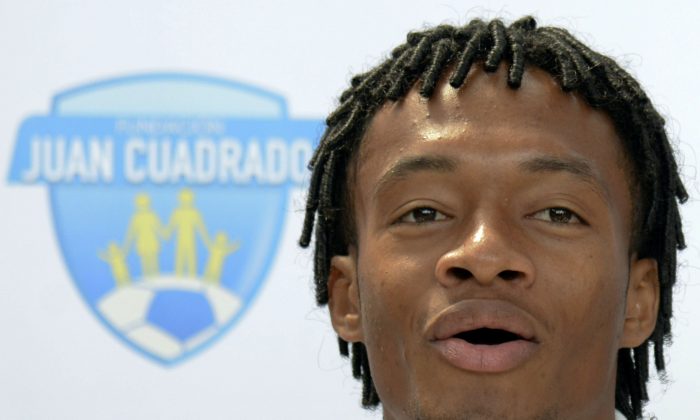 Juan Cuadrado won’t go to Manchester United, Arsenal may lose Santi Cazorla to AS Monaco, and Liverpool could seal the deal for Alberto Moreno.

Fiorentina and Colombia midfielder Juan Cuadrado has attracted the attention of Man United and Barcelona after his impressive performances at the Brazil World Cup, but United are about to lose out to the Catalan giants, according to Metro.

Louis van Gaal had supposedly gave his consent to a £31 million ($52.3 million) bid for the 26-year-old, but Cuadrado apparently prefers a move to Spain rather than England.

Meanwhile, French side AS Monaco could be making a bid for Arsenal midfielder Santi Cazorla, according to CaughtOffside.com.

Atletico Madrid was earlier linked with the 29-year-old Spaniard, but Atletico president Enrique Cerezo has since denied that the club is moving for Cazorla and a host of other names.

“Many names have been mentioned, but none of those players, neither Cazorla, Callejon, Torres nor Chicharito (Hernandez) are on our agenda,’ Cerezo told Radio Marca.

“If we sign another player, it won’t be any of them.”

Neither Cazorla nor Arsenal have spoken about the player’s desire to leave, however, so it should be assumed that Cazorla will be a Gunner in the 2014/2015 season.

Up on Merseyside, Liverpool could be on the cusps of signing their long-time transfer target Alberto Moreno, according to Estadio Deportivo.

The Reds will supposedly sign the 22-year-old Spaniard for £16 million ($27 million) by the end of the week.