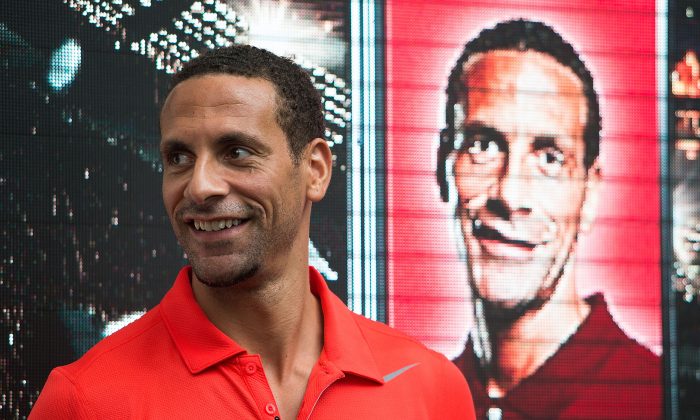 Rio Ferdinand greets supporters during a meet-the-fans session on May 16, 2014 in Singapore. (Nicky Loh/Getty Images)
Soccer

Lazar Markovic signs for Liverpool, Rio Ferdinand could move to Queens Park Rangers, and Arsenal are trying for Lars Bender.

Liverpool have completed the signing of Benfica’s Lazar Markovic.

The 20-year-old Serbian just moved to Benfica last season, where he made 26 appearances, 13 as a substitute, and scored 6 goals.

The talented youngster normally plays as a right winger in a front three, but can play on the left side and in the “hole” behind the main striker as well.

The 35-year-old is currently a free agent, having left Manchester United last season when his contract ran out.

Although Ferdinand and QPR were unsuccessful in an initial negotiation, a revised offer has been made and the former England international should be playing at Loftus Road next season.

Ferdinand first played for West Ham before moving to Leeds in 2000. After impressing in the 2002 World Cup, Manchester United signed him for £30 million that same year, making him the most expensive British player at that time.

The center back would eventually go on to make more than 300 appearances, and win 6 English Premier League titles and one Champions League title with Man United.

Over at the Emirates stadium, Arsenal could be making a move for Lars Bender.

Gunners boss Arsene Wenger is getting resigned to losing his original target Sami Khedira because the German World Cup winner wants to be paid £150,000-a-week (about $257,000), which would make him the highest earning player at Arsenal.