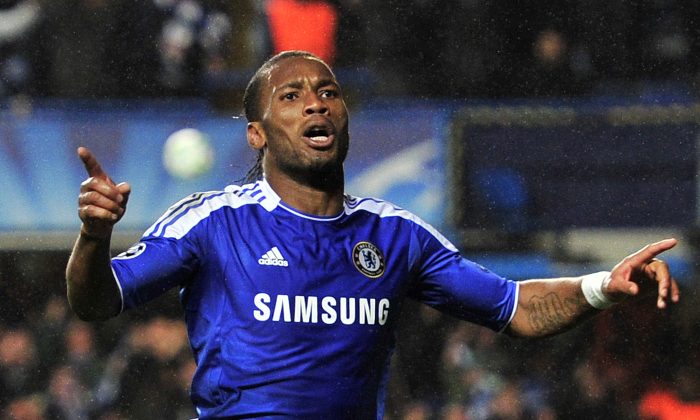 Manchester United could sign Douglas Costa, Arsenal are tipped to sign Raphael Varane, Southampton sell Dejan Lovren to Liverpool, and Didier Drogba could be headed back to Chelsea.

Shakhtar Donetsk winger Douglas Costa could be headed to Old Trafford, according to CaughtOffside.

The 23-year-old winger did not show up for a pre-season game in France, and is believed to be engineering a move away from the Ukraine club.

Man United have been linked with the Brazilian, who has scored 33 goals in 170 appearances for Shakhtar since 2010.

Over in north London, Arsenal are closing in on Real Madrid defender Raphael Varane, CaughtOffside reports.

The 21-year-old France international is tipped for a £23.5 million ($40.2 million) move, and will have a buy back clause inserted in his contract that is supposedly worth £33 million ($56.4 million).

Varane has some trouble breaking into the center back position at Madrid, with Pepe and Sergio Ramos being Carlo Ancelotti’s favored pairing.

The talented French youngster might have a similar problem too at the Emirates with Per Mertesacker and Laurent Koscielny performing admirably for the Gunners, but he will have more chances to play given the greater amount of cup games English sides have to play.

Meanwhile, Southampton’s Dejan Lovern looks set for a £16 million ($27.3 million) move to Liverpool, according to the Daily Express.

Liverpool have been pursuing the 24-year-old Croatian for some time, but have failed previously because of Southampton’s high asking fee.

Lovren is amenable with a move to Merseyside, saying earlier in July that his head is “already at Liverpool.”

Finally, legendary Chelsea striker Didier Drogba could be making a come back, according to L’Equipe.

The 36-year-old is presently out of contract with Galatasaray.

Drogba could sign a one-year deal with the Blues, and later move into a coaching position.

The Ivorian became the stuff of legends after scoring an 88th minute equalizer and the winning penalty against Bayern Munich in the 2012 Champions League final.