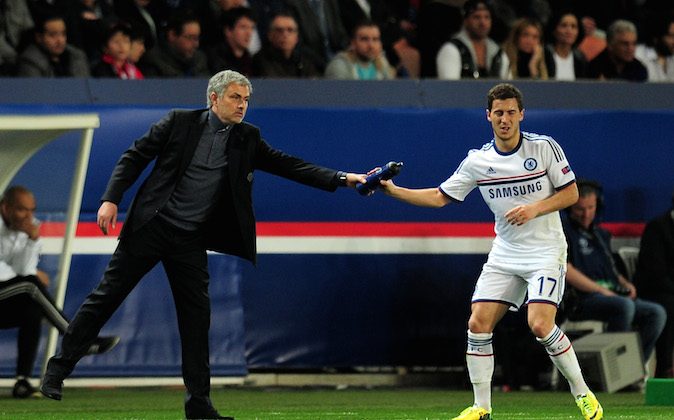 Manchester City and England right-back Micah Richards is a transfer target of Arsenal and Liverpool, while Chelsea’s wing wizard Eden Hazard might be plotting a move away from Stamford Bridge.

Micah Richards has fallen out of favor after a bright start in his Man City career, making just two EPL starts this season. Despite the 25-year-old’s pace and versatility as a defender, Manuel Pellegrini prefers playing Pablo Zabaleta.

Arsene Wenger is lining up a £8 million ($13.5 million) bid for Richards to replace Arsenal’s want-away right-back Bacary Sagna, according to CaughtOffside. Wenger, who looks set for a contract extension, also has Swansea striker Wilfried Bony and Southampton midfield destroyer Morgan Schneiderlin in his sights.

While Newscastle loanee Loic Remy was spotted at the Emirates Stadium during the Arsenal vs West Brom match on Sunday, Wenger has been coy about his transfer intentions for the French international.

“I have just been informed Loic Remy was here, I honestly did not know,” the Gunners boss said. “I hope he paid for his ticket!”

Micah Richards has also been linked with a move to Liverpool in the summer. Brendan Rodgers has reportedly been given a £60 million ($101 million) war chest to strengthen Liverpool ahead of their Champions League return, according to the Daily Mail. Rodgers is targeting Argentine Marcos Rojo, Southampton’s English duo Luke Shaw and Adam Lallana, Cardiff City captain Steven Caulker, and failed January target Yevhen Konoplyanka.

Chelsea’s Eden Hazard is looking to engineer a move away from Stamford Bridge following a fall out with manager Jose Mourinho. According to Mundo Deportivo, Hazard has told a friend in Barcelona, “If you want me, I am ready.”

The 23-year-old Belgian international has scored 14 goals in 33 games this season, but has been criticized by Mourinho for not pulling in enough defensive work.

“Eden is the kind of player who is not so mentally ready to look back at his left-back and live his life for him,” said the self-proclaimed “Special One” in reference to Hazard’s performance in Chelsea’s Champions League loss to Atletico Madrid.