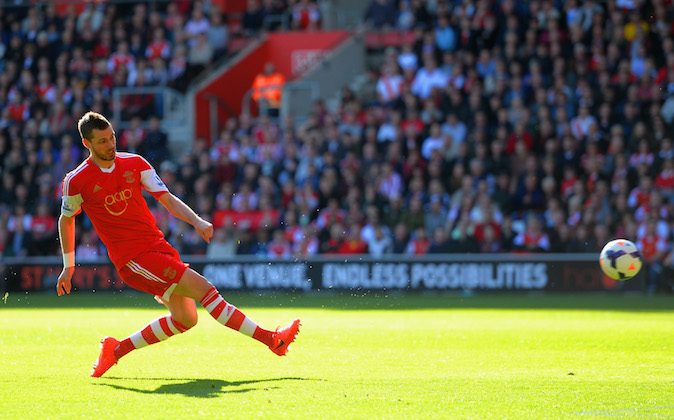 Arsenal will move for Morgan Schneiderlin, Liverpool might not secure Adam Lallana’s signature, and PSG could bid for Chelsea’s David Luiz.

The Gunners are making a £12 million ($20 million) offer for Southampton’s Morgan Schneiderlin, according to the Daily Star.

Arsenal showed interest during the January transfer window for the 24-year-old French player, but were priced out of a deal.

Schneiderlin may be tempted to leave Southampton to pursue Champions League soccer with the North London club.

“For my progress and my visibility, it would be better to play for a club who play in the Champions League,” the midfielder revealed.

“I know there is a lot of speculation, but I still have three years on my contract, it does not depend on me.

“We’ll see in the coming weeks.”

According to the Daily Star, Southampton are holding out for a £25 million ($42 million) transfer fee, while the Merseyside giants are only willing to fork out £20 million ($33.7 million).

Given Liverpool’s desire to sign the creative midfielder before the World Cup, England coach Roy Hodgson’s order for his players to tie up deals before the tournament, and Southampton not wanting to back down in Lallana’s transfer valuation, Liverpool might have to cave in to the Saints’ demands should they want the 25-year-old England international.

Bayern Munich’s Xherdan Shaqiri could be a back-up if the Lallana deal falls through.

Barcelona are also said to be interested in the 27-year-old Brazilian international, but are unlikely to match PSG’s bid.

Luiz has 34 international caps, and has played three and a half years for the Blues.