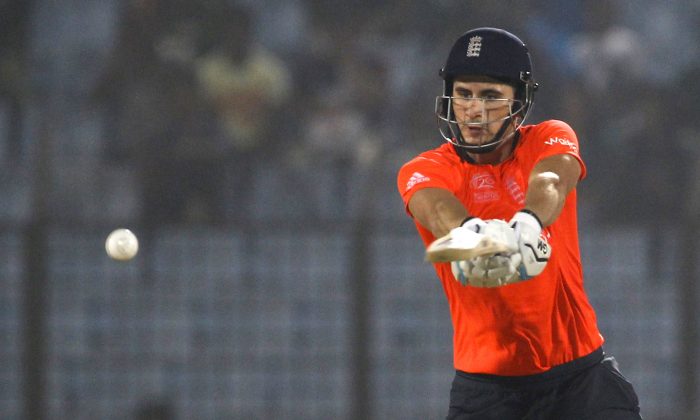 England will take on the Netherlands in the T20 World Cup cricket tournament on March 31.

UPDATE: The Netherlands won by 45 runs.

This was the last match of the tournament for both teams. See the full schedule, including results, here.

The game will be broadcast on SKY Sports in England, Wales, Scotland, and Ireland; NRK in the Netherlands; and Eurosport in the rest of Europe.

It will also be shown on PTV in Pakistan; BTV in Bangladesh; STAR Sports in the Indian Sub-Continent (India, Bangladesh, Nepal, Sri Lanka, Maldives, Bhutan); Astro in Malaysia and Brunei; Lemar TV in Afghanistan; and Star Cricket in Papua New Guinea, Singapore, Hong Kong, and the Philippines.

In addition, it will be broadcast on ESPN3 in the Caribbean, South America, Central America, United States, Mexico; OSN Sport Cricket in North Africa and the Middle East; Supersport in South and Sub Saharan Africa; SKY TV in New Zealand; Fox Sports in Australia.

England is coming off a loss to South Africa by three runs after beating Sri Lanka by six wickets and losing to New Zealand by nine runs.

The Netherlands is coming off a loss to New Zealand by six wickets after losing to South Africa by six runs and Sri Lanka by nine wickets.