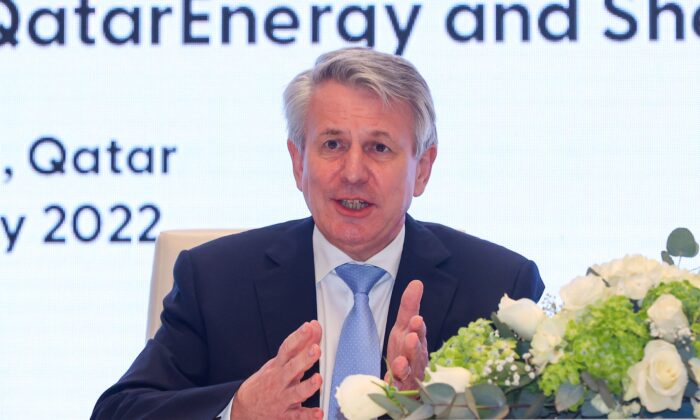 The CEO of oil and gas giant Shell has warned that gas shortages across Europe may last for several winters and that energy rationing may be required.

CEO Ben van Beurden made the comments at a press conference in Norway on Monday where he said he does not believe the current energy crisis will be “limited to just one winter,” The Times of London reported.

“It may well be that we have a number of winters where we have to somehow find solutions through efficiency savings, through rationing, and as a very, very quick build out of alternatives,” he continued. “That this is going to be somehow easy or over, I think is a fantasy we should put aside—we should confront the reality.”

His comments come as Europe is facing an energy crisis prompted by its decision to reduce dependence on Russian gas combined with Russia reducing supplies to the EU.

Russian gas giant Gazprom will also be shutting down the Nord Stream 1 pipeline, which brings Russian gas to Europe via Germany, for three days of maintenance starting Aug. 31. Gazprom previously shut down the pipeline for 10 days of “annual maintenance” in July.

Despite this, Germany’s economy minister Robert Habeck said on Monday that the country’s gas storage facilities are filling up faster than planned and that the government anticipates it will reach its target of 85 percent capacity by September, a month earlier than planned, suggesting there may be some relief on the horizon when it comes to winter.

‘Emergency Interventions’ to Be Rolled Out

Soaring gas prices are driving the bulk of inflation across EU countries and weighing heavily on households which are now set to fork out much more just to stay warm during the winter.

However, EU member states in July agreed to voluntarily cut consumption of natural gas by 15 percent at a minimum until next spring. Under that agreement, a “union alert” could be triggered mandating cuts in gas consumption if the supply crisis worsens.

Speaking on Monday in Slovenia, the President of the European Commission, Ursula von der Leyen, said “emergency interventions” would soon be unveiled to help bring down the increasingly higher energy prices impacting households.

“Skyrocketing electricity prices are now exposing, for different reasons, the limitations of our current electricity market design,” she said during an address at the Bled Strategic Forum.

“[The market] was developed under completely different circumstances and for completely different purposes. It is no longer fit for purpose. That is why we, the Commission, are now working on an emergency intervention and a structural reform of the electricity market. We need a new market model for electricity that really functions and brings us back into balance,” von der Leyen said.