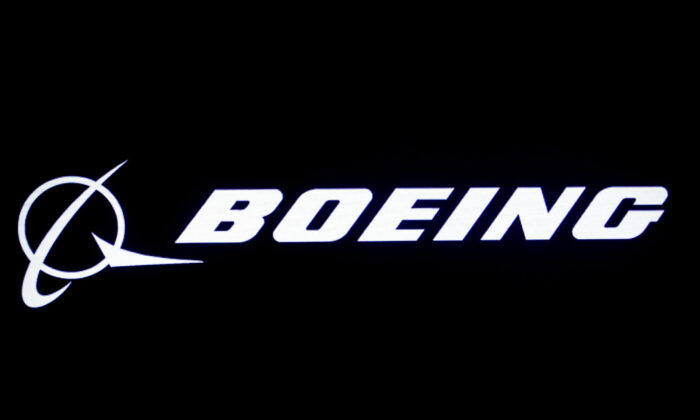 The Boeing logo is displayed on a screen, at the New York Stock Exchange on Aug. 7, 2019. (Brendan McDermid/Reuters)
Companies

DUBAI—Emirates airline said on Wednesday deliveries of Boeing 787 Dreamliners it has ordered are delayed by at least a year until 2024 and that it could be even longer due to the U.S. plane maker’s continued delivery suspension over structural flaws.

The Dubai-based carrier ordered 30 of the twin-aisle jets nearly three years ago as part of a broader deal that saw it cut the number of orders for larger 777X aircraft, now also delayed.

“Now we know for sure that’s not going to happen in 2023. It may not even happen in 2024,” Chief Operating Officer Adel Al Redha told reporters when asked about Dreamliner deliveries.

He said the airline was in talks with Boeing over the delays to the 787 Dreamliner and 777X deliveries, though declined to comment further when asked if Emirates was seeking compensation.

A Boeing spokesperson said deliveries would continue to be impacted, adding: “We are completing comprehensive inspections across 787 production and within the supply chain, while holding detailed, transparent discussions with the FAA (U.S. civil aviation regulator), suppliers, and our customers.”

Boeing delayed deliveries of the 777X by four years to 2025.

Emirates operates the largest fleet of A380s but will over time replace the jet with 126 ordered 777X aircraft after Airbus cancelled the A380 program more than three years ago.

The airline has said it would refurbish and operate for longer 120 A380 and 777-330ER aircraft in its current fleet due to delays to deliveries of new aircraft.