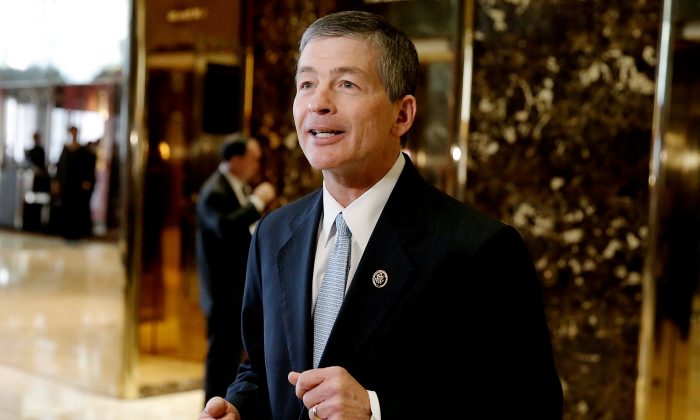 Emboldened by President Donald Trump’s pledge to loosen laws introduced following the 2007-2009 global financial crisis, U.S. banks are pushing to scrap or revise more than a dozen other lesser-known rules they say are outdated and costly, and hurt economic growth.

Many would have been revised a decade ago, but changes were shelved during the financial crisis and the fierce political battle over the 2010 Dodd-Frank Act that imposed a new layer of restrictions.

With Congress now poised to pass the first rewrite of Dodd Frank backed by key Democrats, and as Trump-appointed regulators strike a much more industry-friendly tone, banks see the changing atmosphere as an opportunity for a sweeping overhaul.

“The feeling is, there are many rules that are so old that they’re out of sync with what you need to promote economic growth, and that’s a conversation policymakers are now willing to have,” said Wayne Abernathy, executive vice president at the American Bankers Association, a bank trade group.

Reuters has identified around 15 pre-crisis rules that bankers and lobbyists want to change, based on multiple interviews, disclosure forms, and advocacy documents submitted to the administration, its appointed officials, and lawmakers.

Laws targeted by banks include the Civil War-era False Claims Act; the 1933 Securities Act; the Federal Deposit Insurance Act of 1950; the 1956 Bank Holding Company Act; the Bank Secrecy Act of 1970; a raft of lending laws including the 1977 Community Reinvestment Act; the 1991 Telephone Consumer Protection Act; the 2001 Patriot Act; and the Sarbanes-Oxley Act of 2002, among others.

Having accumulated over decades, albeit with occasional tweaks, together they are as costly and as much of an impediment to lending and economic growth as Dodd Frank, bankers say.

“It’s like death by a thousand cuts: this happened over a long period of time … and now a lot of members of Congress, and a lot of consumers and the regulators agree that it’s gone too far,” said Timothy Zimmerman, CEO of Pennsylvania-based Standard Bank and chairman of the Independent Community Bankers of America.

With Trump in the White House and a more business-friendly, Republican-controlled Congress, banks spent a record $66.7 million on lobbying last year, according to the political contributions database OpenSecrets.

Senate lobbying records show much of this was devoted to revising Dodd Frank and other laws, including many of those cited above.

In April, community bankers descended on Congress to meet with many of the 67 Senators who voted for the Dodd Frank rewrite, seeking their backing for other changes.