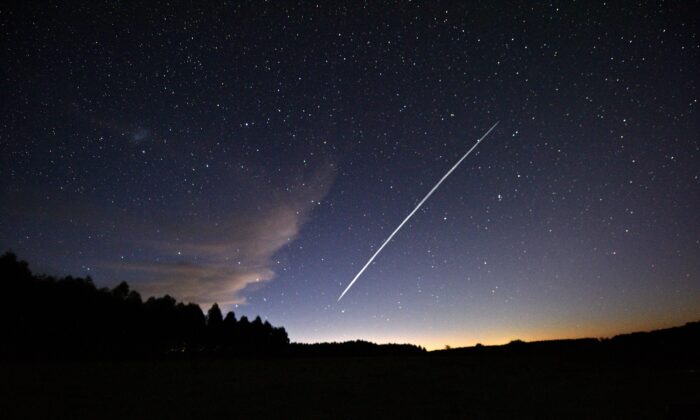 This long-exposure image shows a trail of a group of SpaceX's Starlink satellites passing over Uruguay on Feb. 7, 2021. (Mariana Suarez/AFP via Getty Images)
Companies

Mykhailo pointed out the importance of Starlink in a Twitter post and shared two examples of how internet connectivity was restored quickly in the battle-ravaged country, which otherwise would have taken a few months.

“Is Starlink that important? It wouldn’t be possible to restore 10 km of cable connection between villages in Chernigiv region after serious battles so quick. Normally it takes (a) few months,” Mykhailo said, adding that internet connectivity was restored in five villages by using only one Starlink terminal.

Musk in February responded to Ukraine’s plea to provide Starlink stations after Russia’s invasion. SpaceX has since donated thousands of satellite internet kits to Ukraine, which have been installed in hospitals and other critical infrastructure.