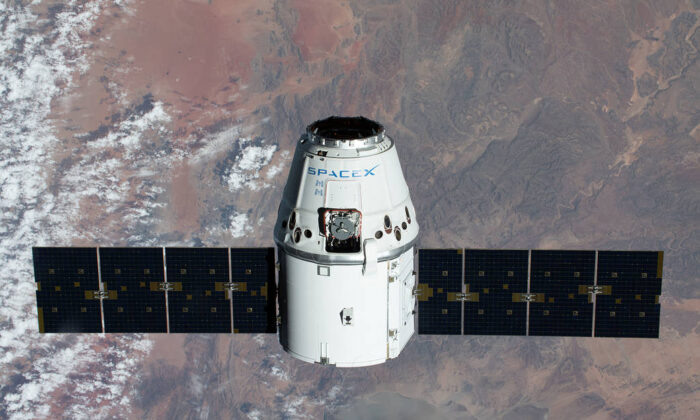 The SpaceX Dragon resupply ship approaches the International Space Station in a photo released by NASA on March 9, 2020. (Courtesy of NASA)
Space

SpaceX and the U.S. space agency NASA are now targeting the launch of the Crew-3 mission from the latter’s Kennedy Space Center in Florida to take place on Wednesday.

SpaceX said the weather conditions for the Wednesday launch are 80 percent favorable.

Crew-3 is SpaceX’s third operational crewed flight for NASA—and the fifth human spaceflight mission SpaceX has launched since May 2020—which uses the flight to transport astronauts to and from the ISS.

The mission was first scheduled to take place on Oct. 31 but has since been delayed twice. NASA now aims to return the astronauts from Crew-2 before Crew-3 is launched.

Musk dreams of colonizing Mars and has in the past said he remains “highly confident” that SpaceX would land humans on Mars by 2026.

SpaceX and Blue Origin also compete with each other in the recently launched space tourism flights.