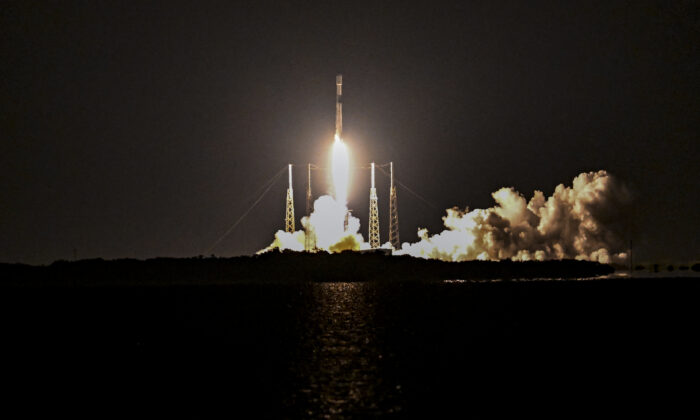 The private aerospace company launched the Starlink satellites on Sunday night from the Cape Canaveral Space Force Station in Florida.

About nine minutes after the launch, the Falcon 9’s first-stage booster landed on the ‘Just Read The Instructions’ drone ship in the Atlantic Ocean.

The latest mission marked SpaceX’s 42nd launch this year, as the company rolls on with ambitious targets to meet Musk’s vision of making life multi-planetary and more practically, avoid a “genuine risk of bankruptcy.”

Starlink is meant for peaceful use only

Musk, the world’s richest man and the CEO of Tesla Inc, also tweeted earlier that Starlink “is meant for peaceful use only,” in what appears to be a response to Russia’s complaints that the U.S. and its allies use “elements of civilian, including commercial, infrastructure in outer space for military purposes” at a meeting of the United Nations last week.

“It seems like our colleagues do not realize that such actions in fact constitute indirect involvement in military conflicts,” the Russian delegation’s head said in a statement.

Starlink provides low-latency, high-speed satellite internet service. In the early stages of the Russia–Ukraine war, at the request of Ukraine, Musk sent Starlink terminals to the war-ravaged nation, which was then facing an internet blackout following attacks by its bigger neighbor.