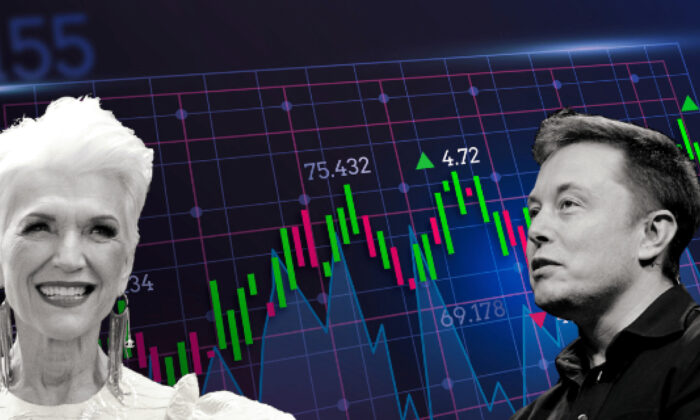 The 74-year-old Maye, a former model, shared her first stock story from over five decades ago when she won 100 rands in a beauty competition in South Africa.

She said she had invested the amount in the stock market on the advice of a “broker friend,” but it soon dropped to a tenth of its value.
Maye said she later put the stock in her son’s name and discovered in 1989 that its value had soared to $2,000, which she used to send Musk to Canada when he was 17 years old.

A single U.S. dollar is currently equal to about 16 South African rands.

Musk on Sunday advised nearly 90 million of his Twitter followers to buy stocks in companies that make products and services “they believe in” as a long-term strategy.

The world’s richest man’s advice came days after he sold 9.6 million shares in Tesla, valued at $8.5 billion, likely to fund his $44 billion purchase of Twitter.

Musk’s advice prompted some followers to question his decision to sell shares in Tesla.