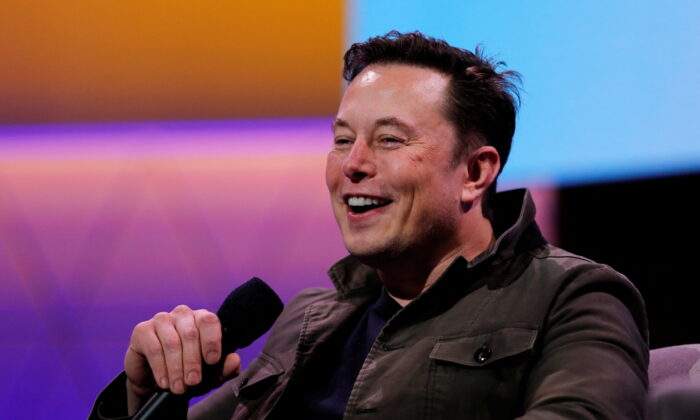 Tesla Inc. CEO Elon Musk said on Twitter that he plans to significantly increase childcare benefits at his companies as part of his plan to help tackle the “underpopulation crisis” that he believes poses a threat to civilization.

The businessman took to Twitter on July 7 where he wrote, “Doing my best to help the underpopulation crisis. A collapsing birth rate is the biggest danger civilization faces by far.”

The post garnered a reply from a Twitter user who asked him, “What’s your response to those who say they shouldn’t have a lot [of] kids for cost reasons?”

Television host Nick Cannon, who is welcoming his eighth child in 2022, also joined in the discussion, commenting on Musk’s original post, “Right there with you my Brother!”

Late on July 8, billionaire Musk responded to both Cannon and the other Twitter user, explaining that he plans on boosting childcare benefits at the companies he owns.

“Kids are worth it if at all possible,” Musk wrote. “I’m planning to increase childcare benefits at my companies significantly. Hopefully, other companies do the same.”

The Tesla CEO, who himself is a father to nine children, added that his Musk Foundation plans to donate directly to families, details of which will be announced in August.

Musk did not provide further details as to exactly what the increases to childcare benefits would look like or when he plans to start implementing them.

Currently, Telsa provides up to 16 weeks of paid family leave and six weeks of paid time off for new parents who have worked for the company for at least 12 consecutive months (pdf). The company also covers up to $40,000 for fertility services.

Meanwhile, job listings for Neuralink state that the company provides parental leave along with “flexible time off and paid holidays.”

Job postings for SpaceX and The Boring Company do not provide details about family-related benefits.

Musk’s comments come following a July 6 Insider report, which cited court documents and revealed that Musk had fathered twins with one of his top Neuralink executives, Shivon Zilis, in 2021.

Musk has not publicly commented on the report.

A report (pdf) from the Centers for Disease Control and Prevention published in May also found that the U.S. birthrate increased in 2021 for the first time since 2014, moving up one percent from a year earlier.

However, the same report showed that the number of births declined by an average of 2 percent per year from 2014 to 2020, and dropped by a further 4 percent from 2019 to 2020, the same year the COVID-19 pandemic began.

Musk’s promise regarding the boost to childcare benefits at his companies comes after the South African tycoon walked away from his multibillion-dollar deal to acquire Twitter amid concerns over spam accounts, or automated bots.

Musk filed paperwork with the Securities and Exchange Commission on July 8 to exit the deal, which stated that the social media platform “has not complied with its contractual obligations” when it comes to providing the businessman “all data and information that Mr. Musk requests ‘for any reasonable business purpose related to the consummation of the transaction.'”

Twitter has claimed that spam accounts make up just 5 percent of its monetizable daily active user base, but Musk has argued that this figure is much higher.

The social media platform has said it plans to pursue legal action against Musk and that Twitter’s board of directors is “committed to closing the transaction on the price and terms agreed upon with Mr. Musk.”