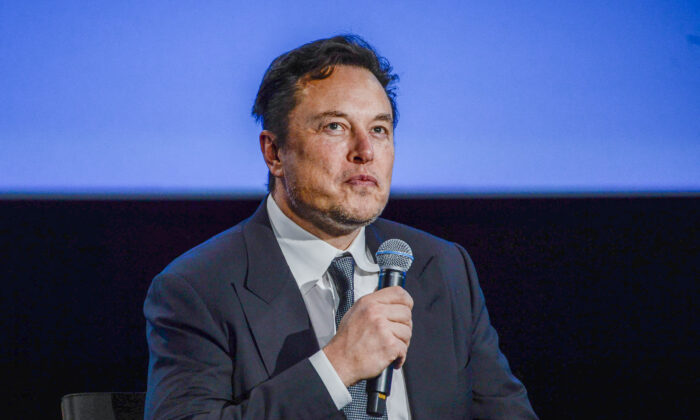 Tesla CEO Elon Musk looks up as he addresses guests at the Offshore Northern Seas 2022 (ONS) meeting in Stavanger, Norway, on Aug. 29, 2022. Norway OUT. (Carina Johansen/NTB/AFP via Getty Images)
Economy

Elon Musk Says This Is What Builds Public Trust Around Information

Tesla, Inc. CEO Elon Musk touched upon a host of issues at the opening session of the ONS conference held recently in Stavanger, Norway.

When asked what trust is all about, the billionaire responded that people want to know that the information they receive is truthful and that it’s representative of the full picture. They want to believe what they read and not feel that it’s overly biased or at least understand the nature of the bias, he added.

“One of the key things to trust is transparency,” he said.

If there’s a social media company, people should be able to know what the algorithm is, so as to open source the algorithm, allowing them to look at it and critique it, the tech entrepreneur said. If there are any modifications done by people on that social media platform, these should be clear and again transparent, he added.

He said he believes in the free flow of ideas, and generally erring on the side of free speech within the boundaries of the law.

Musk is locked in a legal battle with Twitter, Inc. initiated by the latter after the billionaire walked away from a deal to take the social media platform private.

Ahead of disclosing a passive stake built-in Twitter and his interest in buying the social media giant, Musk started off by asking his followers whether Twitter’s algorithm should be open source. The poll’s verdict was overwhelmingly in favor of an open-source algorithm.

The bone of contention between Twitter and Musk is the discrepancy in the bot account count disclosed by the company.