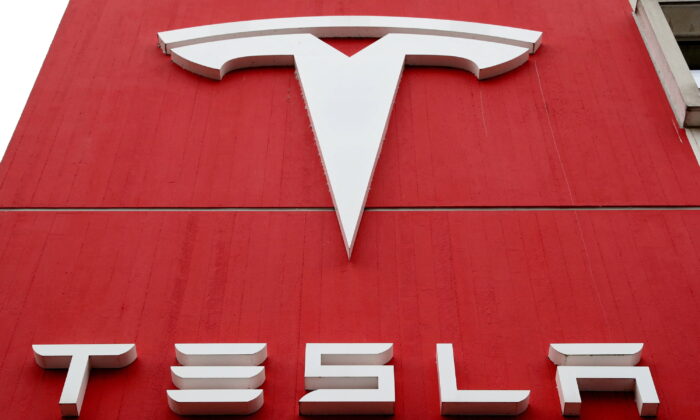 The logo of car manufacturer Tesla is seen at a branch office in Bern, Switzerland on Oct. 28, 2020. (Arnd Wiegmann/Reuters)
Media & Big Tech

Tesla Inc. CEO Elon Musk said on Sunday that the electric vehicle maker’s Full Self-driving (FSD) Beta version 10.13 would enable its cars to navigate routes where there are no maps available.

The 10.13 version will also be able to smooth out intersection control, especially long lefts, Musk wrote in a tweet.

“Last point is a big deal. Within a few months, FSD should be able to drive to a GPS point with zero map data,” Musk wrote in the tweet.

Tesla has been significantly ramping up its beta program offering to customers. The EV maker had in April said it had rolled out its full self-driving beta software program to over 100,000 customers in the United States.

The Musk-led company first started testing out the FSD beta in late 2020 among a select group of customers known as beta testers.

Musk recently said he believes Tesla is likely to actualize the FSD Level-4 system capabilities next year, pushing back the timeline yet again.

A Level-4 system implies the vehicle can handle all aspects of driving without human intervention. Tesla is currently at Level 2.