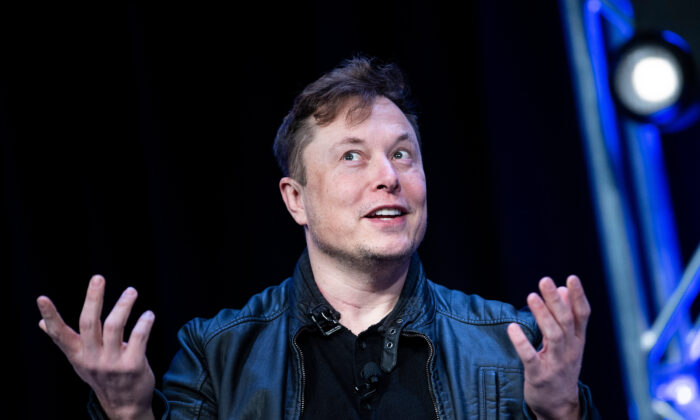 Elon Musk, founder of SpaceX, speaks during the Satellite 2020 at the Washington Convention Center in Wash., on March 9, 2020. (Brendan Smialowski/AFP via Getty Images)
Economy

The world’s richest person tweeted the milestone to his large fan base on Monday.

The billionaire entrepreneur’s privately-held space-internet venture has been sending more satellites to low-orbit space, which then beam back low-cost, high-speed internet service to remote locations across the earth.

Starlink is known to have launched over 2,000 satellites last month.

SpaceX hopes to have 4,425 Starlink satellites in orbit by 2024; the Federal Communications Commission has approved 11,943 satellites to be launched by Starlink.

The service is offered at $99 a month with an additional $499 one-time cost for the kit that includes a user terminal and Wi-Fi router to connect to the satellites.

Musk revealed in a separate tweet on Monday that Starlink has plans to launch in Africa, details of which would be announced soon.

The Starlink CEO in August last year said SpaceX had shipped 100,000 terminals of Starlink, adding he hoped the service would be available across the “Earth” soon.

Musk had last year revealed that Starlink service would be expanded to 14 countries. The company is awaiting licenses in several other countries and it has said it is a few years away from delivering a “reasonably predictable” revenue.