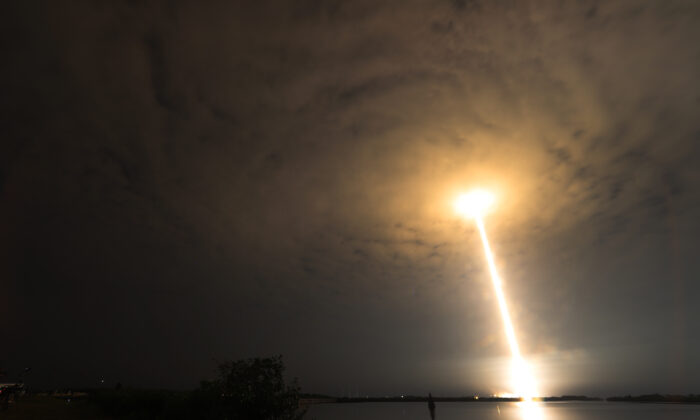 A SpaceX Falcon 9 rocket lifts off from launch complex 39A in Cape Canaveral, Fla., on May 6, 2022. (Red Huber/Getty Images)
Economy

Musk said on Tuesday that Starlink has resisted Russia’s “jamming & hacking attempts,” even as the Vladimir Putin-led country is ramping up efforts.

The billionaire entrepreneur linked his comment to a Reuters report that said Russia was behind a massive cyberattack against a satellite internet network that took tens of thousands of modems offline at the onset of the war.

SpaceX has donated thousands of satellite internet kits to Ukraine since the country’s plea to Musk in February to provide those stations.

The service beams down high-speed internet via satellites in orbit to Earth, especially to remote areas, including those ravaged by war or natural calamity.